Churchill and three other clubs axed from I-League

In a stunning development in Indian football, two-time champions Churchill Brothers were thrown out of the I-League along with three other teams for failing to fulfil the AIFF's club licensing criteria.

The All India Football Federation's Club Licensing Committee - First Instance Body - took the decision after its meeting in New Delhi.

Two Kolkata clubs -- United SC and Mohammedan Sporting -- and Rangdajied United of Shillong were the other three teams which failed to clear the licensing criteria. All the four clubs will be out of the I-League for at least a year.

Interestingly, all the four clubs finished at the bottom four in the 13-team I-League (2013-14) which ended last month, with Mohammedan Sporting finishing last and Churchill 11th.

Under the AIFF's Club Licensing Regulations, the clubs are expected to meet several legal, administrative, sporting, infrastructure and financial criteria.

Licensing is an annual process where all clubs eligible to compete based on sporting merit need to have a License under the AIFF's Indian Club Licensing system. Last year, only Pune FC met the requirements with all other clubs being given a once in a lifetime one-year exemption. 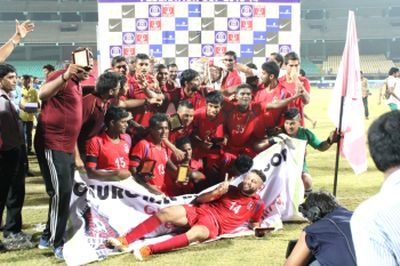 Churchill had been one of the top club sides in the country in the last few years. They won the I-League title in 2008-09 and 2012-13 seasons and they are also the reigning Federation Cup champions. Churchill are also one of the few clubs to have played in the AFC Cup.

I-League Chief Executive Officer Sunando Dhar informed that the four clubs can come back in the I-League 2015-16 but through the second division league.

"These licensing criteria are on annual basis. They can come back in the 2015-16 season if they fulfil the criteria by then. But they will have to play in the I-League second division and qualify from there," Dhar said.

"Based on the documents provided by all the parties concerned and the Inspection conducted by the AIFF Inspection Team in the month of April/May, the Committee found that nine out of the 14 applicants have made the grade while four have failed," the AIFF said in a statement.

"Bengaluru FC, Dempo SC, Pune FC, Salgaocar SC, East Bengal, Mohun Bagan, Sporting Clube de Goa, Mumbai FC, and Shillong Lajong FC have successfully fulfilled the Licensing Criteria while United SC, Churchill Brothers, Mohammedan Sporting and Rangdajied United have not been up to the mark, thus bringing down the curtains on their participation in the forthcoming Football Season 2014/15 starting with the I-League in December."

Newly promoted Royal Wahingdoh of Shillong, who won the I-League second division, have been given an one-time exemption applicable for a year only to tick all the boxes.

"Wahingdoh have done exceptionally well in several departments of Club Licensing in such a short time since qualifying for the I-League," Committee Chairman Dr Girija Mungali said.

"They deserve a leeway being given to them under the Licensing regulations," he added.

Mumbai FC and Shillong Lajong though have been granted only the National License compared to their counterparts who have both National as well as the AFC Certificate.

The two clubs cannot take part in AFC competition and even if they win the I-League or the Federation Cup, they cannot participate in the AFC Cup or the AFC Champions League play-offs.

"Both these clubs do not have AFC A class Stadium, but were fully compliant of the infrastructure requirement for the National License," AIFF's Club Licensing Manager Roma Khanna stated. 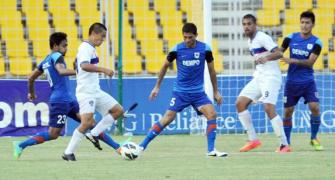 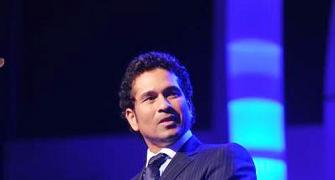 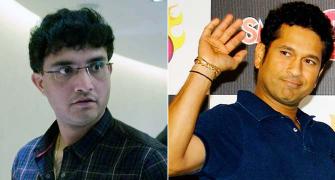 Will it be Sachin Tendulkar against Sourav Ganguly in the ISL? 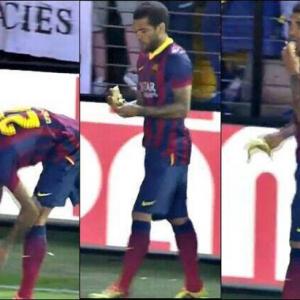 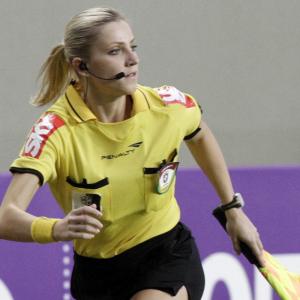