Chile beat Ecuador 2-1 in their closing South American qualifier in Santiago on Tuesday as both went through automatically to the 2014 World Cup finals in Brazil.

The result consigned Uruguay, despite beating group winners Argentina 3-2 in Montevideo, to a playoff against Jordan next month for one more berth in the finals. 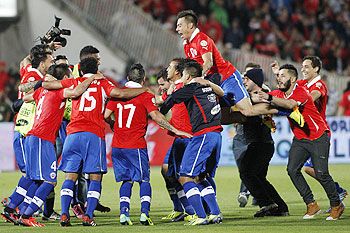 Argentina, Colombia, Chile and Ecuador occupied the top four automatic qualifying places in the nine-nation group with Uruguay going into the playoff next month, despite catching Ecuador on 25 points but having an inferior goal difference.

They will face Asia qualifiers Jordan over two legs in their fourth consecutive playoff, having taken that route to the 2002 and 2010 finals and being eliminated by Australia at the same stage in the qualifiers for the 2006 finals.

Chile striker Alexis Sanchez and midfielder Gary Medel scored in the first half for Chile with Felipe Caicedo pulling one back for the Ecuadoreans.

Chilean pressure was rewarded in 35th minute when Sanchez scored with a header and Medel doubled their lead two minutes later connecting with Sanchez's header following a Marcelo Diaz corner.

"This team deserve to be at the World Cup. We dedicate this to Chucho's memory," Ecuador coach Reinaldo Rueda said referring to striker Cristian Benitez, who died suddenly of heart failure in July.

"Only this family (the team) knows how much we miss him. We have to work hard so we arrive at the World Cup in high spirits," the Colombian told reporters.

Chile coach Jorge Sampaoli, who took over from sacked fellow Argentine Claudio Borghi midway through the qualifiers, said he had never imagined going to the World Cup.

"This is a very strong team. Now we have to improve even more to play the World Cup with chances to go far. I never imagined this, I can't even measure it now," he said.

In Montevideo, midfielder Cristian Rodriguez, striker Luis Suarez with a penalty and Edinson Cavani scored for Uruguay with Maxi Rodriguez, Argentina captain in the absence of the injured Lionel Messi, replying twice.

Uruguay, who also hit the woodwork twice in a fast-paced Rio de La Plata clasico at the Centenario, took an early lead when Argentina failed to clear a free kick by Suarez and the ball reached the unmarked Cristian Rodriguez who scored with a rising shot.

His Argentine namesake Maxi equalised 10 minutes later when Augusto Fernandez chested the ball down into his path and he gave keeper Fernando Muslera no chance.

Uruguay went ahead again when Suarez was awarded a dubious penalty and scored with his 11th goal, passing Messi's tally of 10 as top scorer in the group, and a record 39th Uruguay strike.

Maxi Rodriguez levelled again four minutes before halftime with another fine goal but Cavani struck the winner early in the second half in a fast counter-attack.

Colombia, who had qualified on Friday, ended their campaign on a winning note with a 2-1 victory over Paraguay in Asuncion, both their goals coming from central defender Mario Yepes.

"Colombia showed they want to be a great team... Today we had to make a big effort and that's a sign the team want to keep growing," said their Argentine coach Jose Pekerman, who was without suspended striker Radamel Falcao in Asuncion.

Paraguay, who reached the 2010 quarter-finals under Barcelona's present coach Gerardo Martino, failed in their bid to reach a fifth successive tournament.

Image: Players of Chile celebrate after defeating Ecuador in Santiago to qualify for the 2014 World Cup

© Copyright 2021 Reuters Limited. All rights reserved. Republication or redistribution of Reuters content, including by framing or similar means, is expressly prohibited without the prior written consent of Reuters. Reuters shall not be liable for any errors or delays in the content, or for any actions taken in reliance thereon.
Related News: Ecuador, Argentina, Chile, Luis Suarez, Alexis Sanchez
COMMENT
Print this article 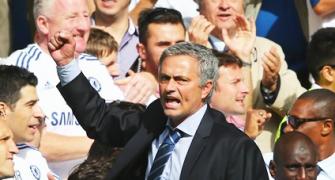 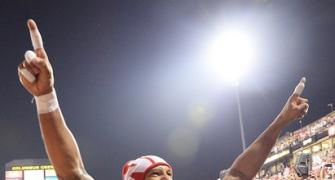 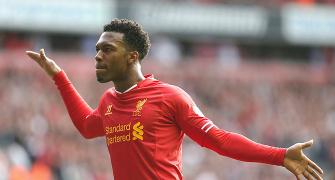 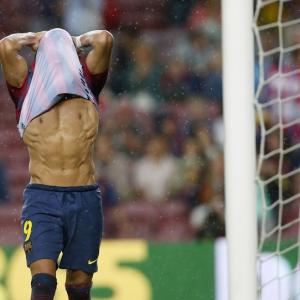 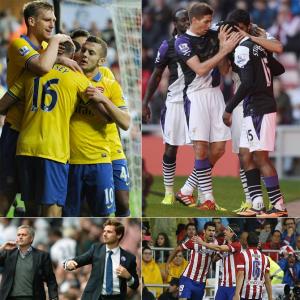