Chess Olympiad: 'India has the potential to grab three medals' 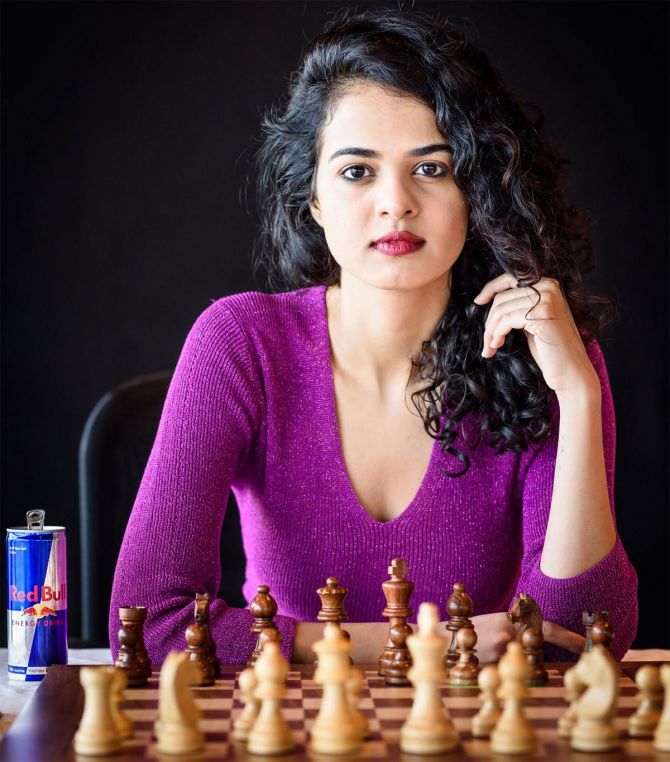 IMAGE: Prolific Tania Sachdev, in picture, has been included in the first team along with Rameshbabu Vaishali and Bhakti Kulkarni, who will be making their debuts at the Chess Olympiad. Photograph: All India Chess Federation

Even as the chess fever and fervour grips Chennai with the 44th Chess Olympiad being hosted at Mamallapuram, Chennai, former women's World champion Susan Polgar feels that the rising strength of Indian players makes them favourites to grab three out of the six medals at stake.

The event to be held at the Four Point by Sheraton from 28th July to 10th August has attracted a record 187 countries, with 188 Teams in Open section and 162 in the Women’s sections.

"The Indian women's team has the best chance to grab the Gold in the absence of Russian and Chinese Teams," said Polgar, who catapulted to the top of the women's Rating list aged just 15.

The Indian women's team comprising Koneru Humpy, Dronavalli Harika, R Vaishali, Tania Sachdev and Bhakti Kulkarni are seeded top for the first time and incidentally they would be looking to clinch the first ever medal for India in the women's section.

IMAGE: Rameshbabu Praggnanandhaa will be making his debut at the Chess Olympiad. Interestingly, Praggnanandhaa and his sister Vaishali will be the second set of siblings to represent the country at the same Olympiad after N Saritha and N Sudhakar Babu, who played in 1988’s edition held in Greece. Photograph: International Chess Federation/Twitter

Polgar, one of the most decorated player with Olympiad medals, 12 to be precise (5 Golds, 4 silvers and 3 bronze), believes that the star-studded United States Team is the favourite for gold.

"This time their team has been strengthened by the addition of Levon Aronian and Dominguez as they already had Fabiano Caruana, Wesley So and Sam Shankland."

How-ever the India 'A' Team and India 'B' Team could walk away with the remaining two medals. feels Susan.

India's best effort at the Olympiad has been the bronze medal at Tromso in 2014. 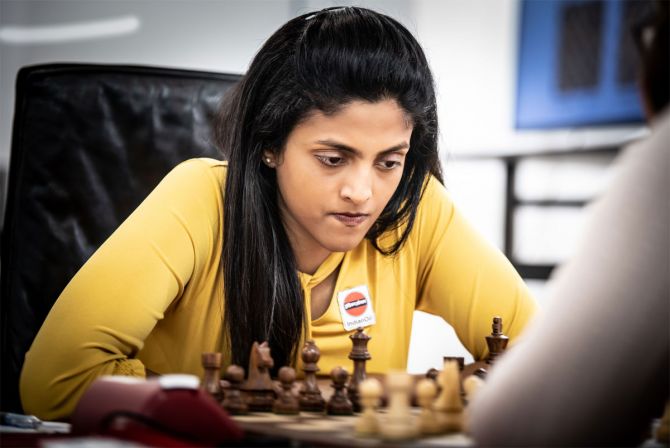 IMAGE: Koneru Humpy is part of the women's team along with World No 10 Harika Dronavalli. Photograph: All India Chess Federation

Polgar, who was the official commentator at the 2013 World Championship Match between Viswanathan Anand and Magnus Carlsen at Chennai gushed: "It is awesome that India, especially Chennai is hosting the Chess Olympiad. Chess enthusiasm in India is at an all-time high and hosting this event has provided many top young Indian talents the much-needed opportunity to gain lot of experience."

This time around Polgar's younger sister Judit, unarguably the strongest-ever woman chess player will be the official commentator for the event.