Chelsea and Real Madrid moved into the last eight of the Champions League with minimum of fuss on Wednesday.

The former drew 0-0 at home with a battling FC Copenhagen to complete a 2-0 aggregate victory, while the Spanish giants ended a six-year Champions League jinx, crushing Olympique Lyon 3-0 to advance to the quarter-finals for the first time since 2004.

Marcelo, Karim Benzema and Angel Di Maria scored the goals at a packed and rowdy Bernabeu to put the record nine-times winners through 4-1 on aggregate.

Real's smooth passage into the last eight at the expense of the team that knocked them out last season will be seen as a personal triumph for their outspoken Portuguese coach Jose Mourinho and is his first meaningful contribution to the club since joining from Inter Milan.

The Londoners, bidding to make the semi-finals for the sixth time in eight years, completed a hat-trick of successes for Premier League clubs as they join Tottenham Hotspur and Manchester United in Friday's quarter-final draw.

Chelsea, in command of the tie following Nicolas Anelka's two goals in the first leg, created a dozen half-chances but their finishing lacked precision and visiting keeper Johan Wiland was forced into only regulation saves.

Copenhagen, 20 points clear at the top of their domestic league and the first Danish side to make the knockout stage of the Champions League, went close in the first half when Dame N'Doye curled a superb free kick against a post with Petr Cech beaten but spent most of the night defending.

Chelsea set about their task with the zeal of a team who knew the tie was as good as over and with the quiet home fans in the less-than-full Stamford Bridge acquiescing it was left to the noisy visiting supporters to provide the atmosphere.

When they did move out of second gear with some nicely-built moves down the left, their finishing let them down as Frank Lampard, Yuri Zhirkov, Anelka and Didier Drogba all failed to take advantage of decent positions.

The Danes, resplendent in bright pink shirts, were busy without ever looking dangerous but they came nearest to a first-half goal when N'Doye's free kick thudded against the post after 26 minutes.

Chelsea were livelier after the break with Drogba shooting just wide and John Obi Mikel clipping the bar with a header as Copenhagen were pushed deeper and deeper.

Coach Carlo Ancelotti introduced Fernando Torres for Anelka after 67 minutes and though the Spaniard unleashed two sharp shots, he ended his sixth game for his new club still seeking his first goal.

© Copyright 2022 Reuters Limited. All rights reserved. Republication or redistribution of Reuters content, including by framing or similar means, is expressly prohibited without the prior written consent of Reuters. Reuters shall not be liable for any errors or delays in the content, or for any actions taken in reliance thereon.
Related News: Chelsea, FC Copenhagen, Real Madrid, Nicolas Anelka, Didier Drogba
COMMENT
Print this article 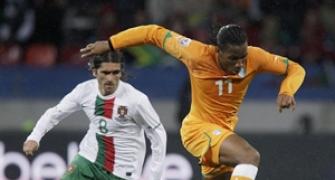 The return of Didier Drogba 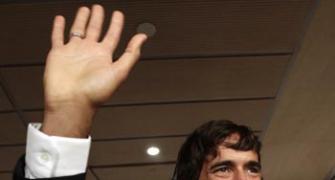 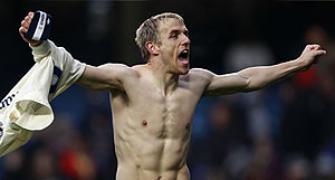 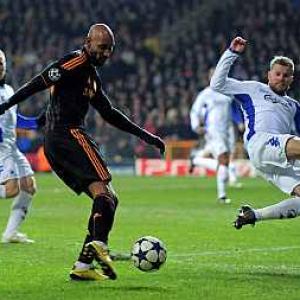 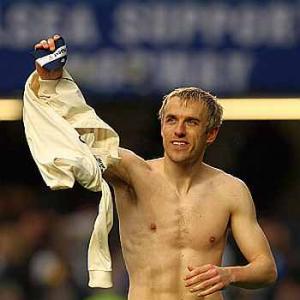 FA Cup dreams over for Chelsea and Crawley Town