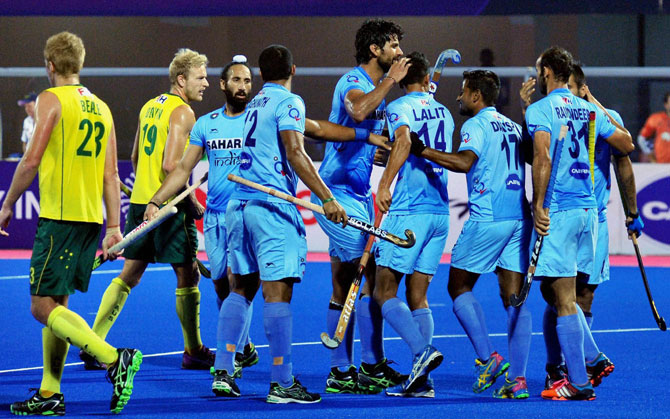 Indian Players celebrate after scoring a goal against Australia during a match for third and fourth position in Champions trophy at Kalinga stadium in Bhubaneswar. Photograph: PTI

India wasted a golden opportunity to break their 32-year-old medal jinx in the Champions Trophy hockey tournament after going down to Australia 1-2 in a hard-fought bronze medal play-off match of the eight-nation meet in Bhubaneswar on Sunday.

Playing before a vociferous packed home crowd at the Kalinga Stadium, it was the best chance for the Indians to end their medal drought in the tournament but as has been the case in the entire tournament, missed chances continued to haunt Sardar Singh and Co.

The only time India had won a medal in the Champions Trophy was when they bagged a bronze in the 1982 edition in Amsteelveen, the Netherlands.

A bronze would have at least given some solace to the Indians after their heart-breaking 3-4 defeat at the hands of arch-rivals Pakistan in a high-voltage second semi-final.

But it was not to be as once again India conceded a late goal to lose the match. Australia scored two field goals through skipper Eddie Ockenden (18th minute) and Matt Gohdes (52nd) to win a consolation bronze after having retained the title the last five times.

The loss meant India couldn't even better their previous performance in the tournament though they had a bright chance.

It will definitely be a heartbreak for the Indian players as they finished fourth in the last edition of the tournament in Melbourne two years ago.

Against Australia, it looked the Indians were yet to recover from the shock defeat against Pakistan and that too in front of the home crowd.

The Indians were slow to get off the blocks and looked sloppy and out of sorts in the opening two quarters.

India hardly created any chances in the opening half. Australia looked the better side on display and also had the better share of chances.

Australia had the first real scoring chance in the fifth minute of the match when they won their first penalty corner, but the Indian defence did well to deny the Kookaburras.

Source: PTI© Copyright 2020 PTI. All rights reserved. Republication or redistribution of PTI content, including by framing or similar means, is expressly prohibited without the prior written consent.
Related News: Australia, India, PTI, Sardar Singh and, Lalit Upadhyay
SHARE THIS STORYCOMMENT
Print this article 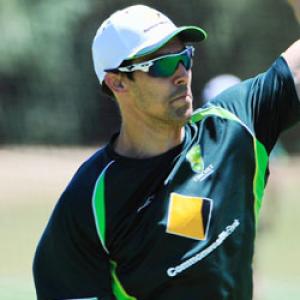 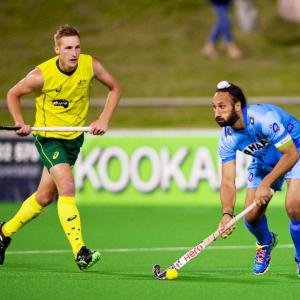