An injury-hit India proved no match to defending champions Australia as they lost 0-3 in a lop-sided semi-final of the Champions Trophy hockey tournament in Melbourne on Saturday.

Australia scored through captain Jamie Dwyer (fifth and 18th minutes) and Kieran Govers (42nd) after enjoying territorial domination against the Indians, who were often forced to fall back and defend against the rampant rival strikers. 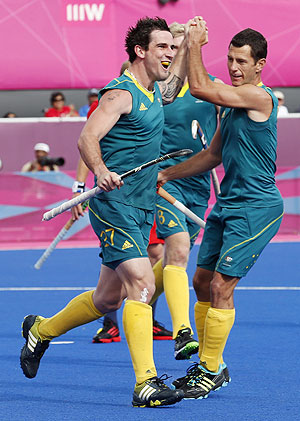 Australia stayed on course for their fifth successive title, setting up a final against Olympic silver medalists Netherlands, who outplayed Pakistan 5-2 in the other semi-final.

Playing a fast dominant game, Australia kept their foot on the accelerator from the beginning and forced their first penalty corner in the second minute, but Christopher Ciriello's rising shot was ruled as a foul for going into onrushing defender's body.

Dwyer opened the scoring in the fifth minute, capitalising on a rebound off Australia's second penalty, after Ciriello's drag-flick was blocked by a defender.

The Aussies doubled the lead in the 18th minute by converting a penalty stroke, which was awarded when a foul was committed on Dwyer in a scoring position.

Dwyer had already taken two shots on goal. The first one was blocked by goalkeeper TR Potunuri and the second shot rebounded back into play off post.

India opened up to mount a few raids midway through the first session, but did not cause much trouble to the Australian defence.

Striker Kieren Govers flicked into an open goal for Australia's third seven minutes after half-time when the Indian defence was beaten by a square pass from Trent Mitton.

Australia could have added a couple of more goals as errors crept into the Indian defence, which was under pressure for most of the game.  But Goalkeeper Potunuri made some fine saves on penalty corners.

India's only look at the rival goal was in the 45th minute when Danish Kaneria took a shy off a pass from SV Sunil, who played despite a hamstring injury.

India could not force any penalty corner, as twice the awards were changed after video referral, while Australia earned six penalty corners in this match.

Earlier, Olympic silver medallists Netherlands secured a passage into the final after a gap of six years.

Eight-times Champions Trophy title winners, the Dutchmen dominated the semi-final throughout, to surge into the final for the first time since they clinched the title in 2006 in Spain.

Livewire striker Billy Bakker opened the scoring with a flash strike in the second minute and added another goal in similar manner in the 32nd minute to give Netherlands a 3-1 lead at the interval.

Severiano van Ass (20th minute) scored the other Dutch goal in the first session, while Pakistan reduced the lead after Netherlands conceded an own-goal.

Field goals from Valentin Verga (46th minute) and Robbert Kemperman (61th) put the game beyond the reach of Pakistan, who got a consolation goal in the last minute through Shakeel Abbasi. 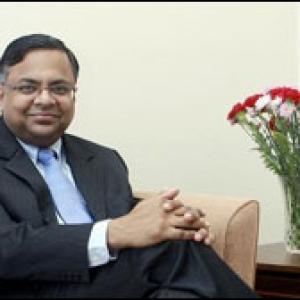 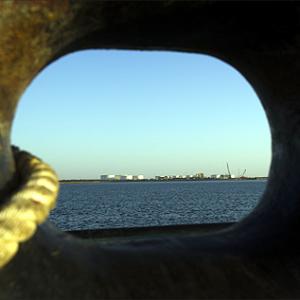