Lionel Messi lifted Barcelona out of their recent slump with a magical display as his side beat Tottenham Hotspur 4-2 in a thrilling Champions League Group B clash on Wednesday.

The Argentine maestro scored two goals to take his Champions League haul to 105, was the instigator in two others and was twice denied by the woodwork as he lit up Wembley Stadium.

Messi, 31, was applauded off by both sets of fans at the end of an absorbing contest that kept Barca at the top of the group and Tottenham in trouble after two defeats.

Philippe Coutinho and Ivan Rakitic scored in clinical fashion as Barcelona went in 2-0 ahead at halftime. But Barcelona needed Messi at his best to repel a tenacious Spurs fightback as Harry Kane and Erik Lamela gave the hosts hope.

Only when Messi struck his second in stoppage-time could Barca coach Ernesto Valverde breathe a little easier.

Barcelona, without a win in their last three La Liga games, were supposed to be vulnerable but on a pitch baring the scars of British heavyweight champion Anthony Joshua's fight against Alexander Povetkin they took only two minutes to land a blow straight in the solar plexus.

Tottenham allowed Messi time and space to curl a pass to Jordi Alba on the left and with keeper Hugo Lloris, back from injury, charging out of his goal Alba cut the ball back to Coutinho who drilled home through a gaggle of defenders. The hosts responded with Kane firing in a shot that did not have enough venom to worry Marc-Andre ter Stegen.

Messi opened up Tottenham again in the 28th minute. His floated pass was chested down by Luis Suarez to Coutinho whose volley sliced up in the air before the quick-thinking Brazilian hooked the ball back to Rakitic who rifled a picture-perfect right-foot volley in off the post from 25 yards.

Messi ran riot at the start of the second half, twice teasing the Spurs defence before thudding shots against Lloris's right-hand post.

Tottenham capitalised on their good fortune and Kane halved the deficit in the 52nd minute with a clinical finish. Messi shook his head in disbelief but he silenced the home crowd again -- this time side-footing inside the post from Alba's cross to finish a flowing move he had started.

There was no let-up in the furious pace and after Kane worked hard to win the ball, Lamela gave Spurs another lifeline when his 66th-minute shot flicked off Clement Lenglet and spun past Ter Stegen.

A gallant Tottenham side, missing the likes of Dele Alli, Christian Eriksen and Jan Vertonghen, swarmed forward looking for a point that had earlier seemed inconceivable.

They left yawning gaps at the back, though, and Messi finally ended their resistance when he struck again in stoppage time.

© Copyright 2021 Reuters Limited. All rights reserved. Republication or redistribution of Reuters content, including by framing or similar means, is expressly prohibited without the prior written consent of Reuters. Reuters shall not be liable for any errors or delays in the content, or for any actions taken in reliance thereon.
Related News: Maestro Messi, Barcelona, Tottenham Hotspur, Lionel Messi, IMAGE
COMMENT
Print this article 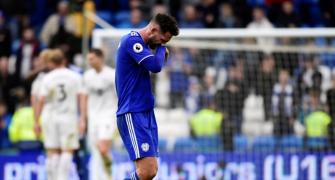 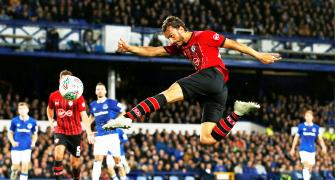 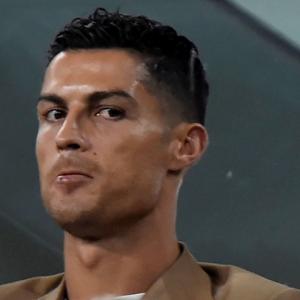