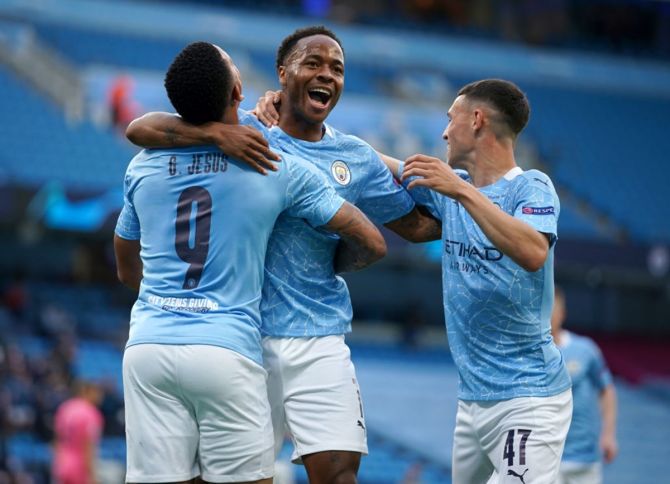 Real, trailing 2-1 from the first-leg and without their suspended skipper and defensive lynchpin Sergio Ramos, made a disastrous start, gifting City a ninth minute opener.

Frenchman Varane, having received a pass inside his own area from goalkeeper Thibaut Courtois, was robbed by City forward Jesus and he slipped the ball to Sterling who slotted home. 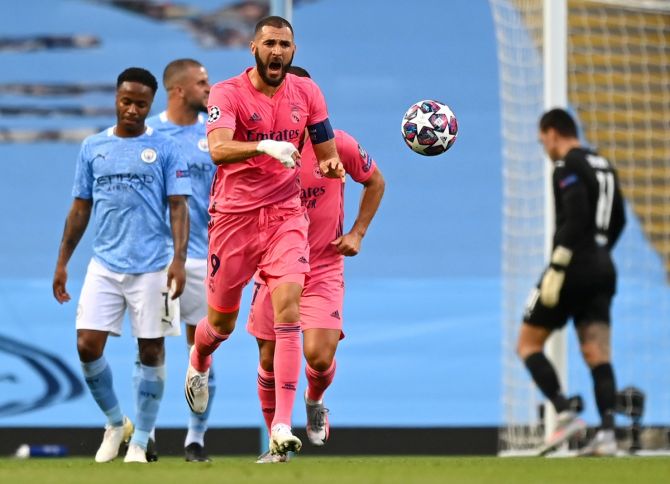 There was a strong response from the Spanish champions, with City keeper Ederson forced into fine saves to keep out efforts from Karim Benzema and Eden Hazard.

Ederson could do nothing, however, to keep out a bullet header from Benzema in the 28th minute, the Frenchman rising to power home a superb pin-point cross from Rodrygo.

City created chances after the break but lacked the killer touch and it took another piece of calamitous defending by Varane to decide the tie in the 68th as his attempted header back to Courtois was too weak and Jesus was alert again, nipping in to flick it past the keeper and make it 2-1 on the night.

Ronaldo brace not enough as Olympique Lyon knock out Juventus Cristiano Ronaldo scored a brace, including an unstoppable long-range goal, to give Juventus a 2-1 win over Olympique Lyonnais in the Champions League on Friday but it was not enough as the French side reached the quarter-finals on away goals.

Lyon went ahead in the 12th minute from a contentious penalty, awarded for a foul by Rodrigo Bentancur. It was converted by Memphis Depay.

Ronaldo levelled from another spot kick, harshly awarded against Depay for handball, two minutes before halftime.

Ronaldo put Juventus ahead out of the blue on the hour as he found space for a shot and blasted the ball past Anthony Lopes from 25 metres. But Juve could not find the third goal and the tie ended 2-2 on aggregate, sending the Ligue 1 side into the final eight.