CBI has summoned Commonwealth Games Organising Committee chief Suresh Kalmadi to appear before it for interrogation relating to alleged irregularities in the conduct of mega sporting event.

CBI sources said Kalmadi has been served a notice in this regard and the agency has taken necessary permission from Lok Sabha Secretariat as the OC head is member of the House.

They said the Kalmadi has conveyed to CBI that he can appear before it after January three.

Sources said the OC chairman will be asked to clarify certain contracts given to foreign firms for carrying out overlays work, alleged misappropriation of funds meant for various activities and Queen's Baton Relay in London last year among other things.

CBI sleuths have also grilled Kalmadi's three key aides in connection with the scam. Sources said Manoj Bhori, political advisor to Kalmadi, P K Srivastava and A K Sinha, both assistants to the OC head, were called in. 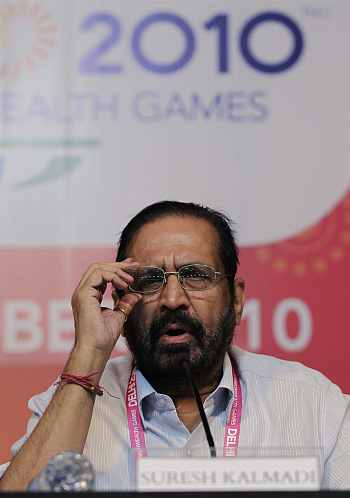 They said the trio were called to submit certain documents related to the Games for cross-examination.

"I was not questioned. I had come to submit some documents," Srivastava told reporters outside the agency's office here.

Sources said the officials were questioned at length about several contracts.

They were also asked to clarify certain financial transactions made with CWG contractors for the conduct of the Commonwealth Games, sources added.

CBI had earlier conducted raids at the residences of Kalmadi, Bhanot, Sacheti, who is Joint Director General of the OC, and Sangeeta Welingkar, member of the Games Image and Look Group.

CBI has filed three FIRs in connection with alleged irregularities in the Games.

The agency is looking at the possibility of registering a case on the charge of destruction of evidence. Sources said some of the crucial documents which could throw light on the Commonwealth Games deals have gone missing. The probe agencies fear that they could have been either destroyed or hidden.

They said CBI officials have found sufficient evidence of criminal conspiracy by unidentified OC officials in tampering with documents and manipulating information in them.