Casting a wider net, the CBI on Friday conducted searches at the premises of certain Organising Committee (OC) officials in Delhi in connection with the multi-crore CWG overlays scam.

Official sources said the searches were conducted at the premises of R P Gupta, U K Ridhi, A K Saxena, Surjeet Lal and Nukesh Jain, who were officials in the CWG Organising Committee.

The CBI had earlier arrested Deorukhkar Shekhar, a close aide of former OC Chairman Suresh Kalmadi in connection with the same case.

The agency had conducted a number of searches in certain premises across the country in early January in connection with the scam in the Games, including those of an officer under Union Sports Ministry.

The overlays contracts are also under the scanner of the Income Tax Department and the Enforcement Directorate.

The CBI had earlier registered three FIRs for alleged corruption in the projects and events in the run up to the sporting extravaganza. 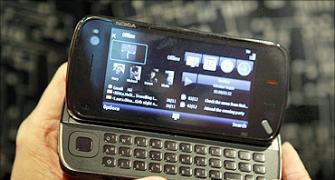 Indians smarten up with business apps

I never thought I would play the World Cup: Sreesanth