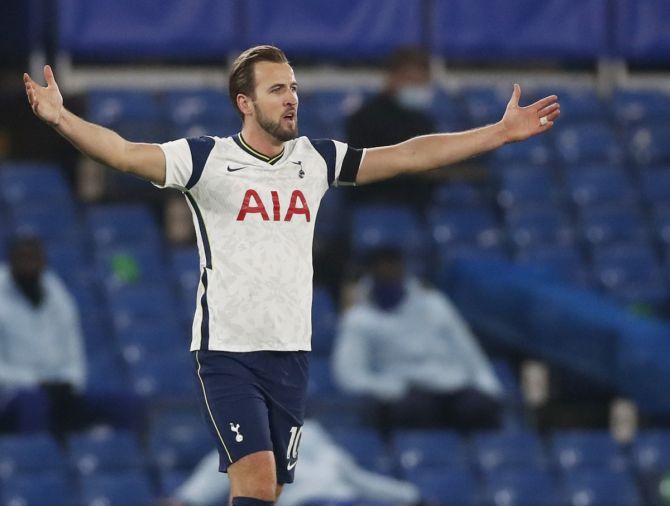 Tottenham Hotspur returned to the top of the Premier League as they ground out a 0-0 draw at Chelsea on Sunday but there was more woe for north London rivals Arsenal who suffered a fifth defeat in their opening 10 matches.

Edinson Cavani came off the bench to score twice for Manchester United who overturned a 2-0 halftime deficit at Southampton to win 3-2 -- a club-record eighth successive away league win moving them into the top half.

When Spurs briefly led the table before the international break it was pointed out that their next run of fixtures would give a better indication of whether they are title contenders.

After last week's 2-0 home win against Manchester City, their disciplined display at Chelsea to earn a point has perhaps persuaded a few more that they have a shot.

"If we're contenders then they have to be contenders," Chelsea manager Frank Lampard said after his side missed the chance to move top with a victory.

Timo Werner had a goal ruled out for Chelsea in the first half and Tammy Abraham should have done better with a header after the break but Tottenham, especially in the first half, always looked capable of snatching a goal.

They are now unbeaten in nine league games since an opening-day defeat at home to Everton and have kept three consecutive clean sheets. However, manager Jose Mourinho contines to downplay his side's chances of finishing above the likes of champions Liverpool, Manchester City and Chelsea.

"We're not even in the (title) race so we're not a horse. We're a pony," the Portuguese said.

Spurs have 21 points from 10 games, above Liverpool on goal difference. Leicester City can also get to 21 on Monday if they win at home to struggling Fulham. Third-placed Chelsea have 19. 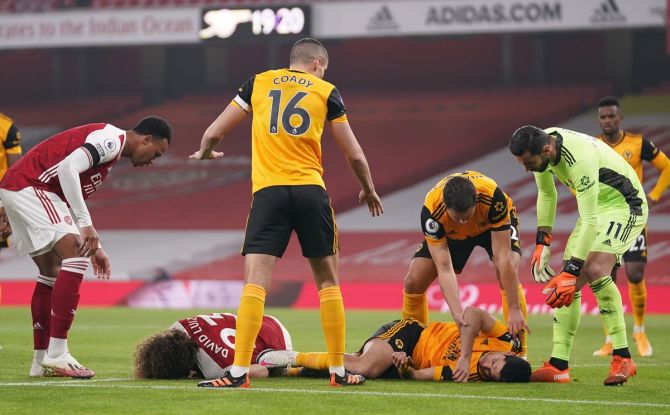 Arsenal's 2-1 defeat at home to Wolverhampton Wanderers left them in 14th place with 13 points.

Although the result was overshadowed by a sickening clash of heads between Wolves' Raul Jimenez and Arsenal's Brazilian defender David Luiz that left the Mexican forward in hospital.

During a 10-minute stoppage Jimenez needed oxygen and was taken off on a stretcher before being rushed to hospital.

Wolves manager Nuno Espirito Santo said he had been very worried but offered some good news, saying the 29-year-old Jimenez was conscious and talking.

For Arsenal boss Mikel Arteta it is a case of back to the drawing board. His misfiring side have three points fewer after 10 games this term than they did last season under his Spanish compatriot Unai Emery who was sacked exactly a year ago.

It is their worst points haul after 10 games of a Premier League season and they have scored only 10 times.

"It's my responsibility for the team to score more goals. There are no excuses -- we have to improve," Arteta said. 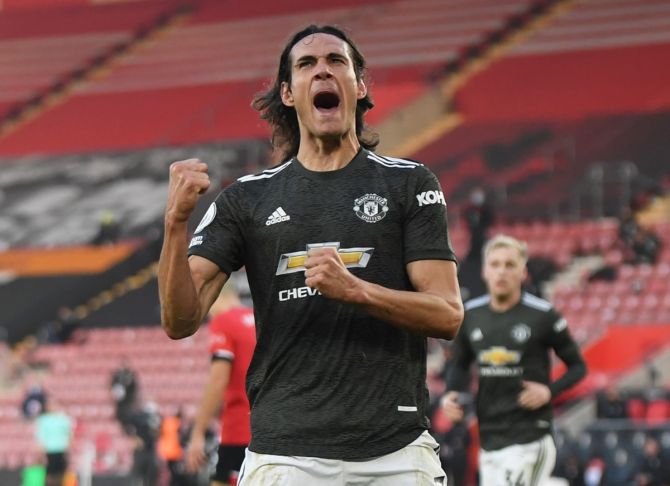 United appeared to be heading for defeat when James Ward-Prowse scored a stunning free kick, having set up Jan Bednarek to open the scoring in the first half at St Mary's.

But Uruguayan Cavani, 33, came on at the start of the second half and flipped the match on its head with a virtuoso display.

First he set up Bruno Fernandes to give United hope and then struck with two headed goals, the second in stoppage time.

"Sometimes when we scored goals it's hard to be the perfect goal," United's Ole Gunnar Solskjaer said as his side moved up to eighth place, five points off top spot with a game in hand.

"Edinson has been around the block, scored so many goals, he's played football so long, been between both posts, he's seen this game before, he's seen that cross before, he knows exactly what moment to move." 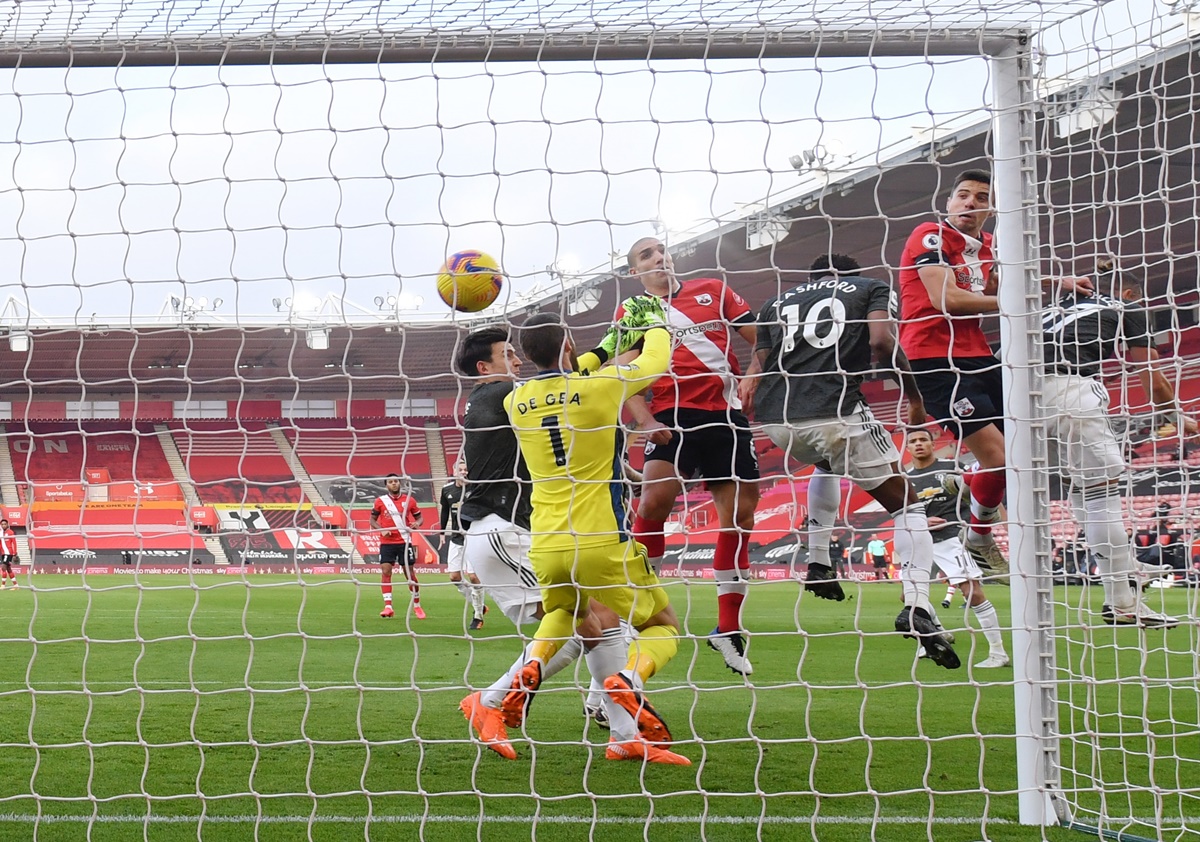 United were much sharper and Cavani showed his quality to pick out Bruno Fernandes in space to score on the hour.

Cavani then put a header narrowly wide but as Southampton fell back deeper and deeper, the Uruguayan showed great reflexes to divert a Fernandes shot home for the equaliser.

The victory was United’s eighth successive away league win and lifted them to seventh place with 16 points, one point behind Southampton.