IMAGE: The regional government said in a statement it had authorised Circuits de Catalunya SL to sign the renewal. Photograph: Mark Thompson/Getty Images

The government of Catalonia has given the go-ahead for Spanish Grand Prix organisers to agree a contract extension with Formula One for 2021.

The May 9 race at Barcelona's Circuit de Catalunya is listed as subject to contract on the sport's record 23-round provisional calendar.

The regional government said in a statement it had authorised Circuits de Catalunya SL to sign the renewal.

"The signature guarantees the celebration of the 31st consecutive edition of this event at the Circuit de Barcelona-Catalunya," it said.

"The F1 Grand Prix is ​​an asset that contributes to Catalonia’s position in the world in the fields of tourism and automotive."

The circuit agreed last year an extension to cover this year's race, which was held in August and without spectators due to the COVID-19 pandemic, after fears it would drop off the calendar.

Spain will have two drivers on the starting grid next season, with Carlos Sainz moving from McLaren to Ferrari while double world champion Fernando Alonso makes a comeback after two years out.

Alonso has returned to Renault, the team that took him to his titles in 2005 and 2006 and which is changing name to compete under the French manufacturer's Alpine sportscar brand.

The 2021 season is due to start in Australia on March 21, although how that unfolds will depend on the state of the pandemic.

There is also still a slot, vacated by Vietnam, to be filled on April 25.

Women's world number one Ash Barty will partner US Open semi-finalist Jennifer Brady of the United States in doubles at the 2021 Australian Open in a high-profile pairing between top singles players, organisers said on Wednesday.

Australian Barty played with now-retired German Julia Georges in this year's tournament in Melbourne where they lost in the second round to eventual winners Timea Babos and Kristina Mladenovic.

Crowd favourite Barty's singles run in this year's tournament ended in the semi-finals with a defeat to American Sofia Kenin, who went on to win her maiden Grand Slam title in Melbourne.

World number four Kenin has changed her doubles partner for the 2021 edition of the Australian Open and will play with Swiss world number 12 Belinda Bencic.

Hsieh Su-Wei and Barbora Strycova, who lost the 2020 final, are the top-ranked women's duo for the Grand Slam, which has been delayed by three weeks due to Australia's strict border rules to curb the spread of COVID-19 and will start on Feb. 8.

American Rajeev Ram and Joe Sailsbury of Britain will return to defend their men's doubles title with the field headlined by the top-ranked Colombian duo of Juan Sebastian Cabal and Robert Farah, who won the Wimbledon and US Open trophies last year.

Britain's seven-time Grand Slam doubles champion Jamie Murray has also reunited with his former partner Bruno Soares after splitting last year and will look to replicate their 2016 success when they won the Australian and US Open titles.

The sixth edition of the Asian Beach Games in Sanya, China, have been postponed for a second time due to the COVID-19 pandemic, the Olympic Council of Asia (OCA) said on Wednesday.

The Games were originally scheduled for Nov. 28 to Dec. 6 but were pushed back to April 2-10, 2021 after China said the only international sports events allowed in the country this year would be trials for the 2022 Winter Olympics in Beijing.

"The OCA consulted all members of the Executive Board to seek their approval of the move to postpone, and it was met with unanimous agreement," the continental governing body said in a statement.

"The decision aims at serving the common interests of all related National Olympic Committees and ensuring the safety and health of the athletes and all relevant participants."

The OCA also said it was in discussions with organisers and stakeholders to reschedule the event.

Russian sumo wrestler Dzhambulat Khatokhov, who entered the Guinness World Records as the world's heaviest child in 2003, has died at the age of 21, sports officials in his native region said.

Betal Gubzhev, head of the body governing sumo wrestling in the southern Kabardino-Balkaria region, announced Khatokhov's death on Instagram on Tuesday, but did not disclose its cause.

The Komsomolskaya Pravda tabloid reported that Khatokhov had suffered from kidney problems.

As a two-year-old, Khatokhov weighed about 34 kilogrammes (75 lbs), and weighed in at around 180 kilogrammes (397 lbs) when he was 13, according to Russian media.

Wrestling is popular in Russia's North Caucasus area, including in the regions of Kabardino-Balkaria, Chechnya and Dagestan.

© Copyright 2021 Reuters Limited. All rights reserved. Republication or redistribution of Reuters content, including by framing or similar means, is expressly prohibited without the prior written consent of Reuters. Reuters shall not be liable for any errors or delays in the content, or for any actions taken in reliance thereon.
Related News: OCA, Dzhambulat Khatokhov, Circuits de Catalunya SL, Fernando Alonso, Sofia Kenin
SHARE THIS STORYCOMMENT
Print this article 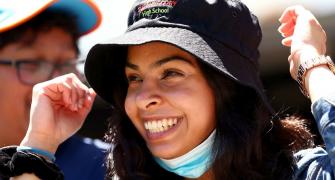 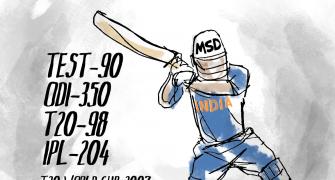 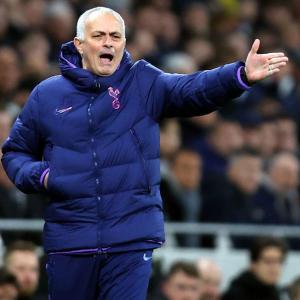 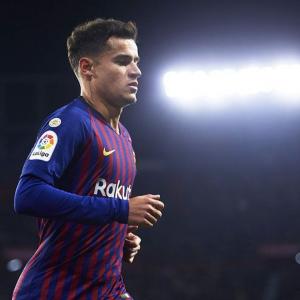