IMAGE: Benfica's Primeira Liga match at Belenenses on Saturday was abandoned amid extraordinary scenes after their COVID-19-hit opponents were forced to name a team of nine players - including two goalkeepers. Photograph: Pedro Nunes/Reuters

The diagnoses were made after the Lisbon club played a Primeira Liga match against Benfica on Saturday that started with only nine Belenenses players on the pitch because of a COVID-19 outbreak.

Only seven players returned to the field after halftime, and the match was abandoned two minutes into the second half with Benfica leading 7-0.

Belenenses defender Cafu Phete tested positive for COVID-19 after returning from international duty in South Africa on November 17, and he and 12 others at the club were confirmed on Monday to be infected with the Omicron variant, which was first detected last week in southern Africa.

By Monday, more than a dozen countries had reported cases of the variant, which the World Health Organization said carried a very high global risk of surges.

DGS chief Graça Freitas told broadcaster SIC that nearly all Belenenses players had been vaccinated against COVID-19, adding that all their high- and low-risk contacts would get tested.

A club spokesman said most of those infected were asymptomatic or had mild symptoms, and that 44 players and staff were self-isolating and waiting to repeat tests.

The Benfica and Belenenses presidents said that, had they not played the match, they risked being penalised for an "unjustified absence". They blamed the league and DGS for not postponing the game.

Belenenses on Monday asked the league to annul Saturday's game and arrange a rematch.

The league, which earlier said it did not receive a formal request to postpone the match, was on Monday investigating if the match had complied with health rules. DGS said it was not up to the health authority to postpone the game.

Portugal, which has one of the world's highest COVID-19 vaccination rates, last week announced the return of curbs to slow the epidemic's spread.

Belenenses played against third-division club Caldas on November 21. A Caldas spokesman said they would test their players.

A Benfica spokesman said none of their players were in isolation as the Belenenses players they faced on Saturday were not considered high-risk contacts. Benfica's next match is scheduled for Friday.

© Copyright 2022 Reuters Limited. All rights reserved. Republication or redistribution of Reuters content, including by framing or similar means, is expressly prohibited without the prior written consent of Reuters. Reuters shall not be liable for any errors or delays in the content, or for any actions taken in reliance thereon.
Related News: DGS, Benfica, Belenenses SAD, Primeira Liga, South Africa
COMMENT
Print this article 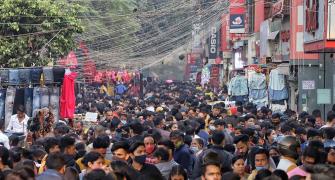 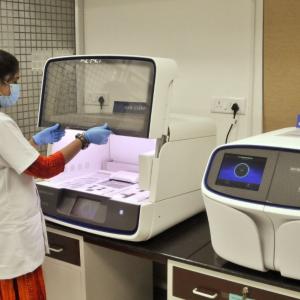