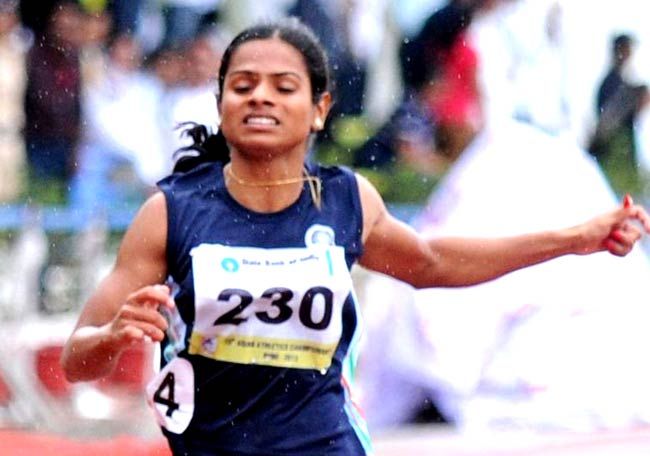 Indian athlete Dutee Chand has been cleared to participate in next year's National Games after the Court of Arbitration for Sports allowed her to compete pending a final decision on her appeal against the IAAF's hyperandrogenism policy, which bars female athletes having higher level of male hormones.

The CAS, based in Lausanne in Switzerland, has, however, barred the Odisha runner from taking part in international events till a final decision on her case is decided by the international apex quasi-judicial body on sports.

"Court of Arbitration has allowed sprinter Dutee Chand to participate in national and state level events till a final verdict on her appeal against International Amateur Athletics Association's hyperandrogenism policy, which resulted in her ban, is reached," the Sports Authority of India said.

This is an interim order and has opened the doors for Dutee to participate in the National Games to be held in Kerala from January 31 to February 14.

Considering this interim judgement a moral victory for Government of India and Sports Authority of India Director General Jiji Thomson, said, "Sport celebrates human diversity, regardless of inherent natural characteristics. Such a policy is contrary to the spirit of sports."

"Only women athletes fall under these regulations and there is enough evidence that athletes from country like India are targeted and tested under this policy. So, this policy discrimination against women and specially women coming from Global South needs to be stop immediately," he added.

It may be recalled that Dutee was disqualified by the Athletics Federation of India as per IAAF's hyperandrogenism policy after tests revealed that her androgen levels were higher than normal.

IAAF's hyperandrogenism policy recommends that a woman athlete with hyperandrogenism may lower her androgen to a specified level with the help of hormone therapy or surgery and then compete as a woman.

However, the player and Sports Authority of India were of the view that the policy was against the very spirit of sports. SAI then nominated Dr Payoshri Mitra, an expert on gender issues in sports, to advice Dutee following which she petitioned CAS against the policy.