Bayer Leverkusen came from a goal down to snatch a 1-1 draw at Schalke 04 on Sunday as they held on to fourth place in the Bundesliga with three games left and stayed on track for a Champions League spot.

The draw lifted them to 57 points, one ahead of fifth-placed Borussia Moenchengladbach while injury-plagued Schalke, missing 10 players, set a club record by failing to win for the 13th consecutive league game.

The Royal Blues, however, looked much sharper than in recent weeks and worked hard for more than half the game. They earned a penalty following a VAR review in the 51st minute which captain Daniel Caligiuri converted.

Yet they dropped back instantly and allowed Leverkusen far too much space. The visitors' persistent pressure paid off in the 81st minute when Schalke defender Juan Miranda, under pressure, turned a Wendell cutback into his own net.

Leverkusen should have scored again through Lucas Alario and Charles Aranguiz as Schalke, in ninth place, ran out of steam.

The hosts could have snatched victory in the last action of the game but Michael Gregoritsch's point-blank header was saved by Lukas Hradecky.

"We did not have our best day today," said Leverkusen's Sven Bender.

"The penalty made our life difficult but overall we were not pressing enough. So the result is fair because we did not deserve more."

Bayern Munich can clinch the title on Tuesday with a win at Werder Bremen. Borussia Dortmund are in second place, seven points behind on 66 points.

© Copyright 2021 Reuters Limited. All rights reserved. Republication or redistribution of Reuters content, including by framing or similar means, is expressly prohibited without the prior written consent of Reuters. Reuters shall not be liable for any errors or delays in the content, or for any actions taken in reliance thereon.
Related News: Leverkusen, Schalke, Daniel Caligiuri, VAR, Michael Gregoritsch
COMMENT
Print this article 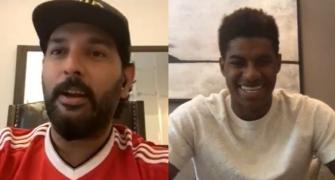 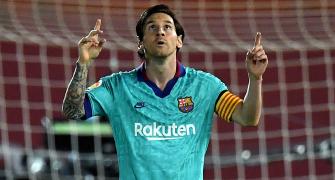 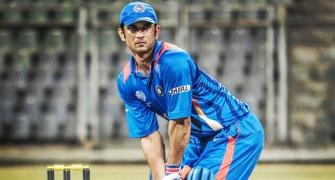