Bayern Munich showed no signs of letting up as they routed Eintracht Frankfurt 5-0 on Sunday for their 10th straight home win of the season in the Bundesliga. 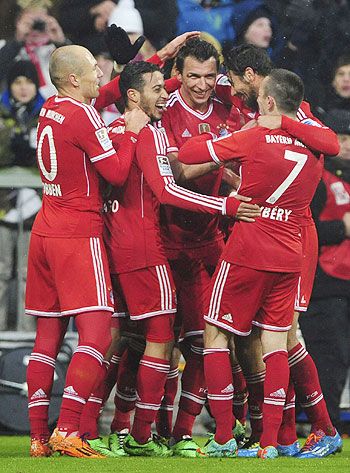 Mario Goetze, Franck Ribery, Arjen Robben, Dante and Mario Mandzukic shared the goals for Bayern who are an emphatic 13 points clear of Bayer Leverkusen and appear to have the title race wrapped up with nearly half the season still to play.

There was a sense of the inevitable when Goetze put Bayern ahead with a superb finish after 12 minutes, collecting the ball on his chest from a Mandzukic header and firing past Kevin Trapp.

Eintracht managed to keep Bayern at bay until the 44th minute when Ribery added the second when he snapped up a rebound after Mandzukic's header was blocked.

Robben turned in Goetze's pass in the 67th minute and Dante headed the fourth two minutes later from a Ribery cross as Bayern refused to let up.

Croatian forward Mandzukic got his reward for another unselfish performance when he turned in Robben's pass for his 11th goal of the season near the end.

Bayern, unbeaten in 44 league games, have 53 points from 19 matches, having dropped only four points all season.

In Sunday's other game, Nuremberg moved out of the relegation zone when they came from behind to win 3-1 at Hertha Berlin.

Markus Feulner levelled before halftime after he pounced on a dreadful clearance by Johannes van den Bergh and two goals from Swiss striker Josip Drmic, the second a penalty, gave Nuremberg their second win of the season.

Nuremberg jumped to 15th with 17 points, sending Freiburg into the relegation playoff spot and Hamburg SV, who slumped to their fifth successive defeat when they lost 3-0 to Hoffenheim on Saturday, into the drop zone.

Image: Bayern Munich's players celebrate a goal against Eintracht Frankfurt during their Bundesliga match in Munich on Sunday

© Copyright 2022 Reuters Limited. All rights reserved. Republication or redistribution of Reuters content, including by framing or similar means, is expressly prohibited without the prior written consent of Reuters. Reuters shall not be liable for any errors or delays in the content, or for any actions taken in reliance thereon.
Related News: Bayern Munich, Nuremberg, Mario Mandzukic, Franck Ribery, Mario Goetze
COMMENT
Print this article 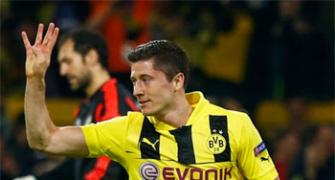 Dortmund's Lewandowski to join Bayern at end of season 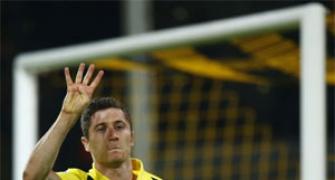 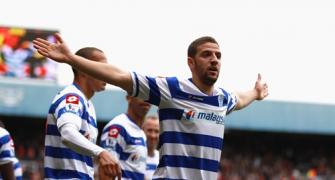 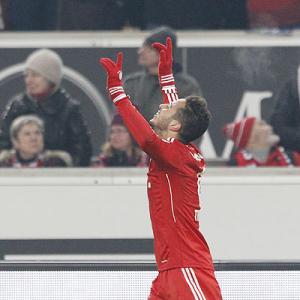 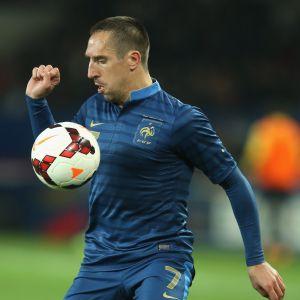