Runaway leaders Bayern Munich survived a torrid opening against Nuremberg, who hit the bar and had two players carried off injured in the first half hour, before hitting back for a 2-0 win in the Bundesliga on Saturday. 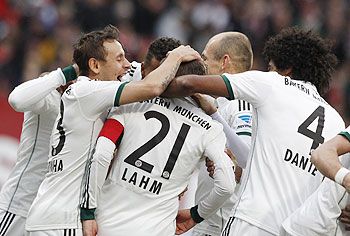 Mario Mandzukic and captain Philipp Lahm, with his first goal in over three years, scored to give Bayern their 12th successive league win, leaving them 13 points clear at the top.

Defending champions Bayern, who have dropped four points all season and are unbeaten in their last 45 league games, lead with 56 points from 20 games with Bayer Leverkusen on 43 after their 1-0 win at Borussia Moenchengladbach on Friday.

Dortmund are a further four points back in third while Schalke 04, fourth with 34, host Hanover 96 on Sunday (1630GMT).

Lowly Nuremberg have come to life since the winter break and made a lively start as Hiroshi Kiyotake clipped the crossbar with a spectacular, acrobatic volley in the fourth minute.

Bayern then had a double let-off as Josip Drmic broke clear and was denied by Bayern goalkeeper Manuel Neuer before Jerome Boateng blocked Daniel Ginczek's follow-up from the rebound.

Predictably, Nuremberg were made to pay for their profligacy and Bayern went ahead with their first attack when Mandzukic got in front of his marker to cleverly hook in David Alaba's cross in the 18th minute for his 12th league goal of the season.

Nuremberg, who had already had Timothy Chandler carried off injured, then lost Ginczek with an apparent knee problem and it was clear their chance had gone.

They had an extraordinary let-off when an Arjen Robben free-kick hit the inside of the post and Thomas Mueller headed against the crossbar from the rebound.

Sure enough, Bayern settled the game shortly after halftime when Mandzukic was set free down the right and clipped the ball across for Lahm to score with a scruffy finish, his first goal since December 2010.

Bundesliga top scorer Lewandowski, whose brace took his tally to 13, set Dortmund on the way when he struck with a sublime right-foot finish from just inside the penalty area after being set up by Marcel Schmelzer in the 26th minute.

Mkhitaryan skipped two tackles and then scored with a low shot from outside the area to make it 2-0 before halftime.

Defender Manuel Friedrich tapped in his first Dortmund goal soon after the break, then Mkhitaryan and Lewandowski added two more as Dortmund ran amok against a ragged Bremen defence.

Levent Aycicek scored a late consolation for the hosts who are 13th with 20 points, too close to the drop zone for comfort. Nuremberg occupy the relegation playoff spot with 17 points.

Sixth-placed VfL Wolfsburg scored all their goals in the second half as they beat Mainz 05 by the same score.

© Copyright 2022 Reuters Limited. All rights reserved. Republication or redistribution of Reuters content, including by framing or similar means, is expressly prohibited without the prior written consent of Reuters. Reuters shall not be liable for any errors or delays in the content, or for any actions taken in reliance thereon.
Related News: Nuremberg, Bayern Munich, Dortmund, Philipp Lahm, Mario Mandzukic
COMMENT
Print this article 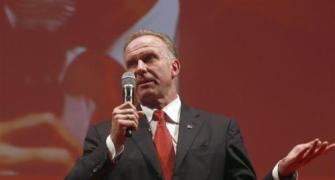 Rummenigge urges UEFA to act if PSG have broken rules 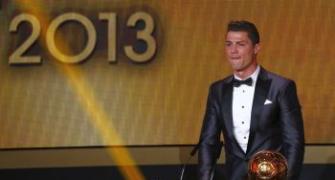 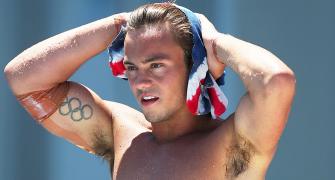 PHOTOS: Sports stars who revealed they were gay 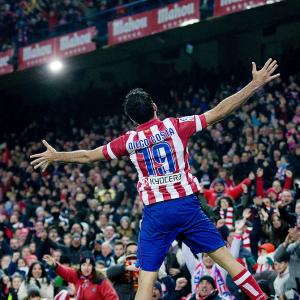 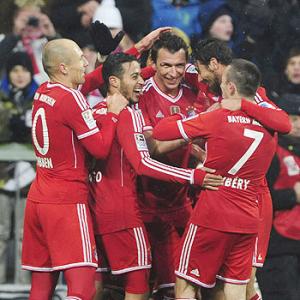