Bayer Leverkusen, unbeaten in their first 24 outings, finally lost their first Bundesliga game of the season when they went down 3-2 defeat to lowly Nuremberg on Sunday.

Eric Choupo-Moting scored twice in five minutes before halftime to put Nuremberg in the driving seat before Mickael Tavares increased their lead 10 minutes after the restart.

Leverkusen, who have become famous for finishing second, rallied as Bundesliga topscorer Stefan Kiessling pulled one back in the 66th minute with his 14th goal of the season and Patrick Helmes further reduced the arrears seven minutes later.

The defeat means Leverkusen, who have never won the Bundesliga but finished runners-up four times between 1997 and 2002, will end the weekend in third place with 50 points, three behind leaders Bayern Munich and one adrift of in-form Schalke 04. Nuremberg, who have 21 points, climbed out of the relegation zone to 15th.

Nuremberg, who two weeks ago ended Bayern Munich's run of 13 successive wins in all competitions, went ahead three minutes before halftime when Mike Frantz outjumped his marker and headed the ball into the path of 20-year-old Choupo-Moting, who fired past Rene Adler from close range after outfoxing two defenders.

The same player struck again three minutes later with a cool finish after he was picked out by Dennis Diekmeier's diagonal pass.

Marcel Risse provided the cross for Tavares to fire the third past Adler early in the second half.

Kiessling pulled one back with one of his easiest goals of the season, tapping into an empty net after Nuremberg goalkeeper Raphael Schaefer missed Gonzalo Castro's cross.

Another Castro cross had the Nuremberg defence in trouble again seven minutes later and Hermes took advantage after they failed to clear the ball.

© Copyright 2021 Reuters Limited. All rights reserved. Republication or redistribution of Reuters content, including by framing or similar means, is expressly prohibited without the prior written consent of Reuters. Reuters shall not be liable for any errors or delays in the content, or for any actions taken in reliance thereon.
Related News: Nuremberg, Bayer Leverkusen, Bayern Munich, Gonzalo Castro, Mike Frantz
SHARE THIS STORYCOMMENT
Print this article
It's do or die for Bayern Munich
Leverkusen squander chance to go clear at top 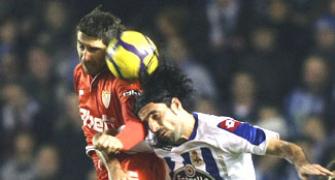