Maria Sharapova made a powerful start to the new tennis season on Tuesday, crushing Kazakhstan's Yaroslava Shvedova 6-0, 6-1 at the Brisbane International on Tuesday. 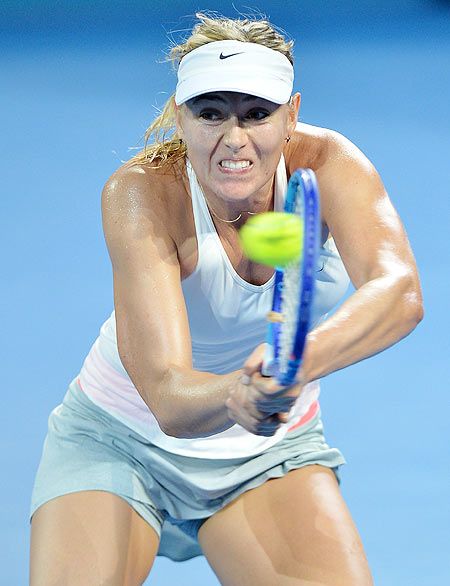 After spending more than half her life on the professional circuit, the 27-year-old knows the follies of reading too much into her early matches but the Russian was still pleased by her performance.

"It certainly felt good to start, after not playing a match for a couple of months. Despite all the training, it's such a different feeling to go out on the court and play in front of a crowd," she said.

"You always want to apply the things you work on little by little into match atmosphere. I think I did that quite well. I wanted to start off sharp and try to do the right things."

Looking revitalised after taking a break following her early exit from last year's WTA Championhips in Singapore, Sharapova ticked all the boxes in her 63-minute romp against Shvedova.

Sharapova served well, landing 67 per cent of her first serves and saving the two break points she faced, and was ruthless against Shvedova, racing through the opening set in just 23 minutes and jumping out to a 3-0 lead in the second.

Shvedova, who came through the qualifiers just to get into the main field, was given an encouraging roar from the crowd at the Pat Rafter Arena when she won the 10th game but it proved to be a solitary moment of success as Sharapova quickly regained control.

"It's only the first match of the season. It only gets tougher from here. I have a bit of a different opponent if Suarez Navarro wins the next one," said Sharapova, a semi-finalist in Brisbane last year.

"We'll see how that goes. Hopefully I continue to improve and take it a step further this year."

A year ago, Sharapova arrived in Australia still unsure about her prospects for the season after a shoulder injury forced her to miss the 2013 US Open. She went on to win four titles, including a second French Open, and finished the year ranked number two.

This time around, she has no injury problems and is excited about the possibilities ahead after taking a two-month break to re-charge the batteries.

"I really just kind of got away from it all. I didn't check anything. It was nice not to have to check any scores or who you're playing against," she said.

"But when you do come to a tournament, of course you're very well aware of what's going on, especially in the tournament."

Image: Maria Sharapova of Russia plays a backhand against Yaroslava Shvedova of Kazakhstan during the 2015 Brisbane International at Pat Rafter Arena in Brisbane on Tuesday

© Copyright 2022 Reuters Limited. All rights reserved. Republication or redistribution of Reuters content, including by framing or similar means, is expressly prohibited without the prior written consent of Reuters. Reuters shall not be liable for any errors or delays in the content, or for any actions taken in reliance thereon.
Related News: Maria Sharapova, Yaroslava Shvedova, Rafter Arena, Brisbane International, Suarez Navarro
COMMENT
Print this article 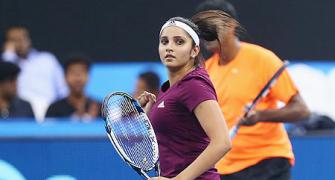 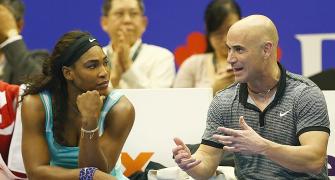 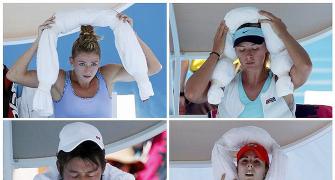 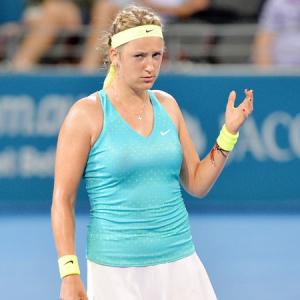 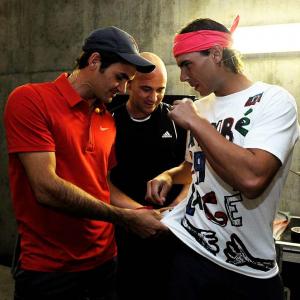