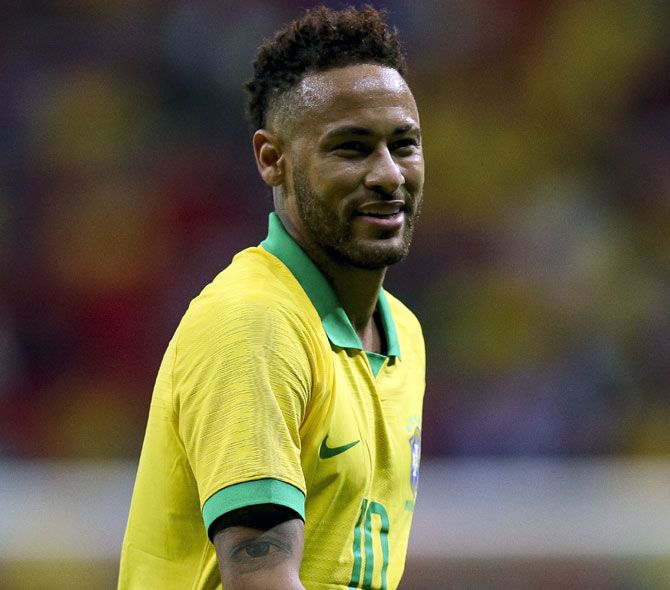 IMAGE: Brazil prosecutors now have 15 days to decide whether they will follow the police recommendations or file rape charges anyway, although they usually defer to police guidance. Photograph: Buda Mendes/Getty Images

Brazilian police said on Tuesday they had recommended no rape charges against soccer star Neymar, after a woman he met online said he flew her to Paris and assaulted her in a hotel there.

Neymar had denied the accusations and released private chats and lurid photos they had exchanged. That led to a separate police inquiry into whether he had committed a crime by posting intimate pictures online.

Sponsor Nike had to said it was concerned about the accusations and Mastercard called off an advertising campaign featuring the soccer player.

Brazil prosecutors now have 15 days to decide whether they will follow the police recommendations or file rape charges anyway, although they usually defer to police guidance.

An injury in the Copa America last month led Neymar to sit out the tournament, which Brazil won, and to miss pre-season training with his club Paris St Germain.

Neymar stoked speculation of a return to Spain's Barcelona this month after sharing a video of himself on social media wearing a shirt from his former club.