Asian champion Sanjeet (92kg) defeated Russia's Andrei Stotskii in a thoroughly entertaining contest to enter the pre-quarterfinals, while Akash Kumar (54kg) got a walkover into the last 16 on a good day for Indians at the AIBA Men's World Boxing Championships in Belgrade on Friday.

Akash advanced after his German opponent Omar Salah Ibrahim fell ill and gave him a walkover. He will face Puerto Rico's Pagan Caleb Tirado in the last-16 stage.

"His opponent did not show up for the weigh-in this morning as he was sick. Something like what happened to us in Varinder Singh's case. In that case, we suffered, today we gained," India High Performance Director Santiago Nieva told PTI.

Varinder had to pull out of his 60kg category bout due to high fever but tested negative for COVID-19.

Sanjeet put up quite a show in the 4-1 win over Stotskii, who was not a pushover by any measure.

The Indian, however, was the more attacking of the two, at least in the first two rounds.

Sanjeet displayed some flamboyance to go with his skills, dropping his guard completely to taunt Stotskii on more than one occasion.

The two exchanged blows but also smiled frequently at each other, fighting at a languid but engaging pace.

In a late night bout, Nishant Dev (71kg) will square off against Mauritian Merven Clair, also looking to secure a pre-quarterfinal berth.

On Saturday, five-time Asian medallist Shiva Thapa (63.5kg) will be in action alongside three other Indians. Thapa will fight Sierra Leone's John Brown in the round of 32.

Sumit (75kg) will take on Tajikistan's Abdumalik Boltaev, while Sachin (80kg) will open against American Robby Gonzales. Both these bouts are also round of 32 contests.

Govind Sahani (48kg) will compete in the pre-quarterfinals against Georgia's Sakhil Alakhverdovi.

India are being represented by its reigning national champions across weight categories. 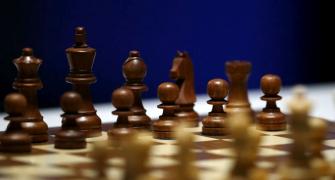 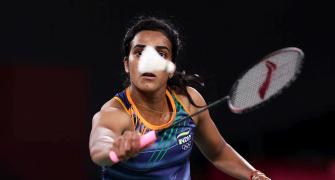 'Worked on T20 bowling, WC kind of my main goal'