‘I think her boxing career is finished’

‘She has damaged her own country’

‘Every athlete should fully respect the decisions of referees and judges’ India’s boxer L Sarita Devi's career could be finished after her ‘unacceptable’ behaviour at the Incheon Asian Games where the fighter refused to accept her bronze medal on the podium, the president of the governing AIBA said on Wednesday.

"It was totally unacceptable behaviour for any competition in any sport," Taiwan's Ching-kuo Wu said. "I think her boxing career is finished. The disciplinary commission is examining the case and will shortly give its final decision."

Sarita was furious after losing her semi-final to local favourite Park Ji-na in the women's lightweight division.

The following day, she refused to wear the medal when it was presented to her, taking it only in her hand before trying to drape it over Park. When the presentation was over, Sarita left the medal behind, despite being told to take it with her. 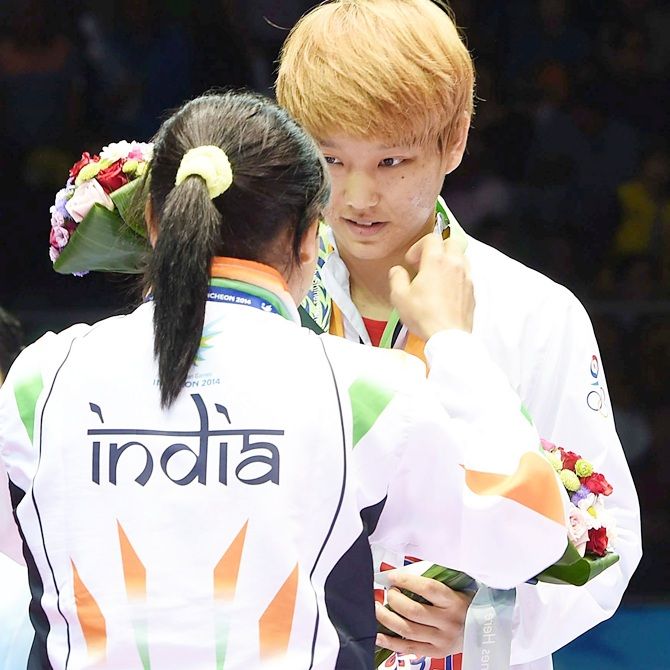 The International Amateur Boxing Association (AIBA) then suspended her and banned her from the Women's World Boxing Championships on South Korea's Jeju Island this week.

"Every athlete should fully respect the decisions of referees and judges. So this boxer is facing very severe punishment," added Wu. "She has damaged her own country, India has been damaged."

Wu's comments will come as a shock to Boxing India, who were working to get Sarita's suspension lifted and put her back on track for a place at the 2016 Rio Olympics.