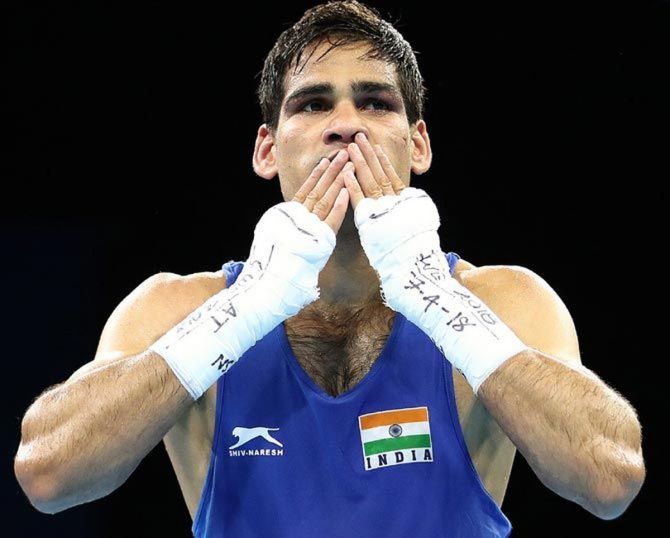 The seasoned Vikas Krishan (69kg) and Manish Kaushik (63kg) were among three Indian male boxers to enter the semi-finals of the 35th Boxam International Tournament in Castellon, Spain on Thursday even as world silver-medallist Amit Panghal (52kg) bowed out with a stunning quarter-final loss.

Olympic-bound Vikas and Manish, both bronze-winners from the world championships and the Commonwealth Games, joined Mohammed Hussamuddin (57kg) in the last-four stage.

Manish was up against two-time Asian silver-medallist Zakir Saifiulin of Kazakhstan and in an intensely fought bout, the Indian prevailed in a split decision.

Vikas also staved off a stiff challenge from Italian Vicenzo Mangiacapre before winning in a split decision.

However, it was curtains for Panghal, also bound for Tokyo. He lost in a split decision to European Games champion Gabriel Escobar.

It was a stunning defeat for Panghal, who had won a gold medal in the Cologne World Cup a couple of months back. The 23-year-old ended up paying for his rather weak defence in the bout against Escobar.

The Spaniard took him by surprise in the opening round and though the Indian came back confidently in the last three minutes, after an even second round, the damage had been done.

Hussamuddin, on the other hand, came up with a dominating performance against Spada, displaying some great footwork and combination punches to outfox his rival.

Rani is a three-time Asian medallist and also a 2014 Asian Games bronze-winner.

However, Borgohain, who has also qualified for the Tokyo Games, lost 0-5 to Russia's Saadat Dalgatova to make a surprisingly early exit from the tournament.

Asian bronze-winner Manisha Moun (57kg) was another Indian to be ousted from contention when she was defeated 0-5 by Italian Irma Testa in the quarter-finals.

On Thursday, apart from Panghal, seven other Indian male boxers will fight it out to make the medal rounds.

Boxers from 17 countries, including Russia, USA, Italy, Kazakhstan and Spain, are participating in the event. 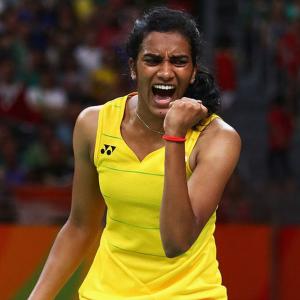