Bopanna-Shapovalov lose in US Open quarters 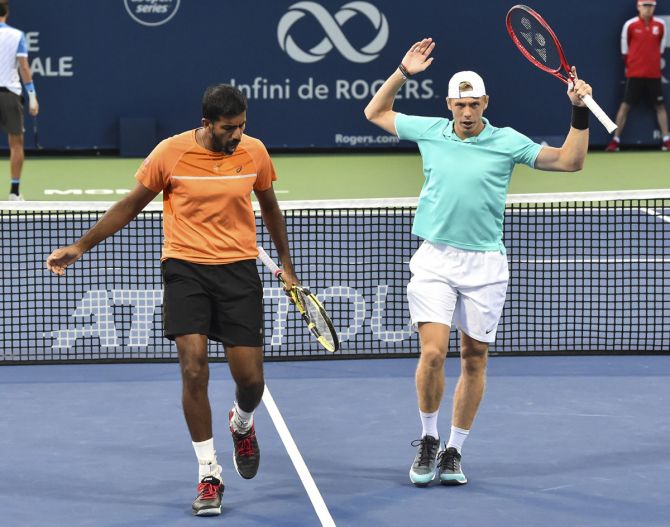 The Indian challenge came to an end at the US Open with the quarter-final loss of Rohan Bopanna and his Canadian partner Denis Shapovalov in the men's doubles event, in New York, on Monday.

Bopanna and Shapovalov lost 5-7, 5-7 to Dutch Jean-Julien Rojer and Romania's Horea Tecau in the last-eight match which lasted one hour and 26 minutes on Monday.

Bopanna and Shapovalov lost their serve once in each set and could not convert the only break chance that came their way in the second set.

It was Bopanna's best performance at a Slam since he made the quarter-finals at both the US Open and the French Open in 2018.

Divij Sharan and Sumit Nagal have already exited from the tournament following defeats in their respective events.