FIFA's appeal committee has upheld bans on longtime President Sepp Blatter and European football head Michel Platini for ethics violations but reduced them to six years from eight, it said on Wednesday. 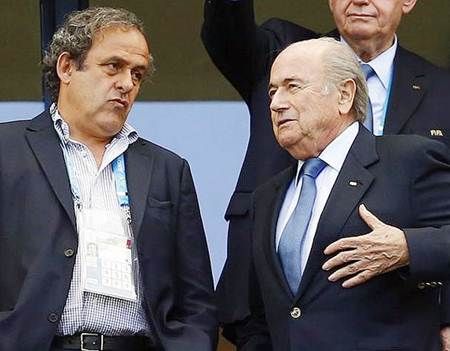 "The FIFA Appeal Committee, chaired by Larry Mussenden (Bermuda), has partially confirmed the decisions taken by the adjudicatory chamber of the independent Ethics Committee on 17 and 18 December 2015 regarding Joseph S. Blatter and Michel Platini respectively, whose bans have been reduced from eight to six years," it said in a statement.

The committee said that the contribution of both men to football over the years should have been taken into account as a mitigating factor, but applied them only in reducing the length of the ban.

The only remaining route of appeal for Blatter, who is 80 next month, and Platini, 60, is with the Court of Arbitration for Sport (CAS) in Lausanne.

Blatter and Platini were banned over a payment of 2 million Swiss francs ($2.03 million) made to the Frenchman in 2011 by FIFA with Blatter's approval for work done a decade earlier.

Blatter and Platini claimed the payment honoured a verbal or gentleman's agreement made in 1998 for work carried out by the Frenchman when he was a technical advisor for Blatter.

The decision not to overturn the bans against the two highest-profile elected men in world football completes a shameful treble for the sport following the 12-year ban imposed on Jerome Valcke, who was sacked as FIFA's secretary general last month.

Valcke, the man responsible for running FIFA's day-to-day administration, was found guilty of misconduct over the sale of World Cup tickets, abuse of travel expenses, attempting to sell TV rights below their market value and destruction of evidence.

The election to choose Blatter's successor takes place on Friday.