"He may get fit within a week but it will take him one more week to attain match fitness. We will watch and see before taking a decision on him," de Ridder said during their team's practice session.

East Bengal are without a win for last 12 matches and have suffered three successive losses in the AFC Cup. Bhutia suffered the injury during their round 16 I-League match against Mahindra United as the star striker could not travel with the team for their AFC Cup tie against Al Nejmeh in Lebanon.

Later, Bhutia missed an I-League match against Air India and then against Al Qadsia of Kuwait in their AFC Cup match on Wednesday. 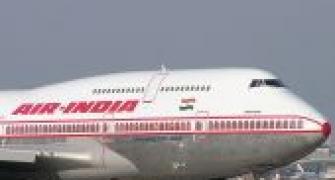 Air India may opt for IPO to fund recovery