'I will try my 100 per cent for another knockout. I will try to finish the bout as early as possible. But you never know with the Chinese. Chinese products are not known to last long.' 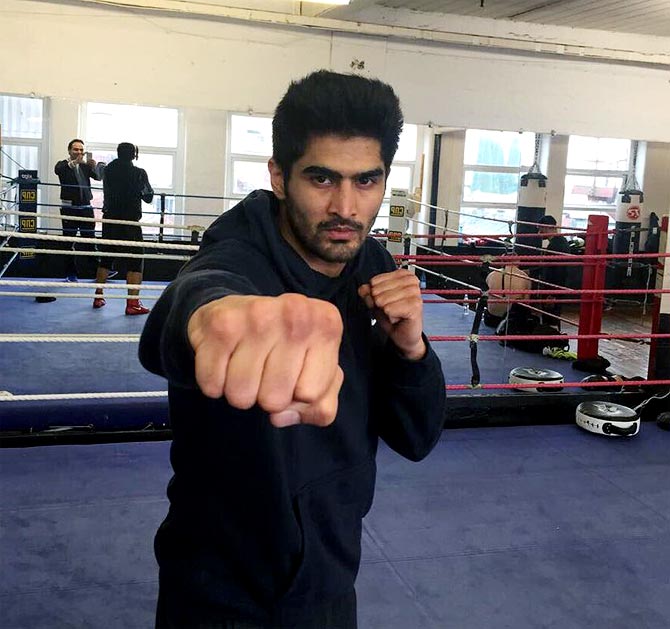 An impressive seven knockouts out of eight bouts under his belt, star Indian boxer Vijender Singh said he is aiming for another "early finish" when he faces WBO Oriental super middleweight champion Zulpikar Maimaitiali of China in Mumbai on Saturday.

Saturday's 'Battleground Asia' fight night will give both the boxers a chance to claim double titles in a winner-takes-all show.

"Just pray for me. I will try my 100 per cent for another knockout. I will try to finish the bout as early as possible," a confident Vijender said in New Delhi on Monday.

"But you never know with the Chinese. Chinese products are not known to last long," the Beijing Olympics bronze-medallist said in jest. 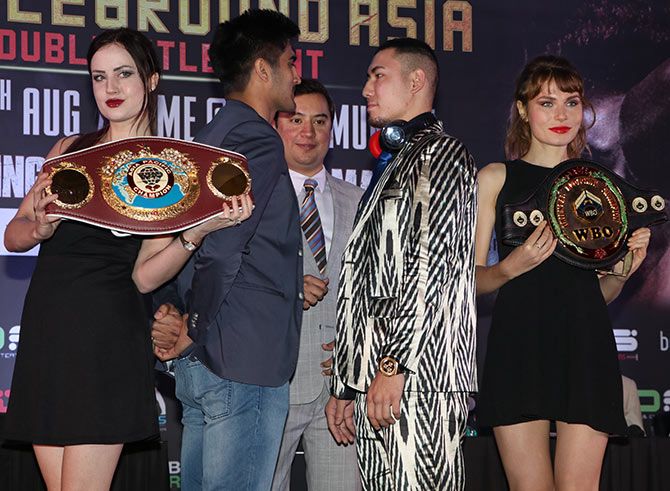 IMAGE: Vijender Singh with his Chinese opponent, Zulpikar Maimaitiali, at the announcement of the August 5, 2017 bout in Mumbai, June 27, 2017. Photograph: Hitesh Harisinghani/Rediff.com

Nine years younger to Vijender, the Chinese No.1 boxer has age on his side and he made his intentions clear when he said that he was training 10 hours a day to upset the Indian.

Asked about the age factor, Vijender said it will be experience which will matter in the professional circuit.

"I don't think age matters because it's all about experience. I still feel like 20 although I have crossed 30," Vijender said.

"I don't know much about Zulpikar. I searched his profile in Wikipedia but didn't get any significant results. I saw his fight on TV just once but now I have asked my trainer to take that responsibility and train me  accordingly."

Talking about the coveted World Championship title, Vijender said he is in no mood to hurry things and would like to achieve one goal at a time.

"It will take time. We are going slowly. My coach always tells me one thing that choose the right fight at the right time. I am happy with the way I am doing right now," he said.

"After here, my next fight will definitely be out of the country in either Dubai, UK or US."

In May earlier this year, Vijender had terminated his contract with the UK-based Queensberry Promotions, complaining that the company failed to deliver on its obligations in the last one year.

But the Indian boxer said he has got back with Queensberry as a freelancer and he is ready to join hands with anyone who will bring fights for him. 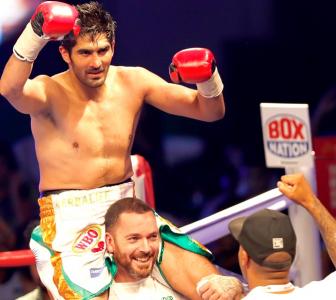 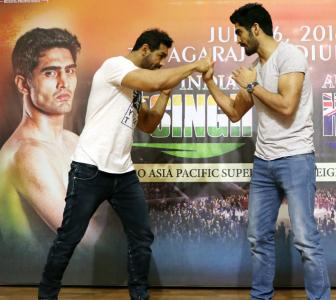 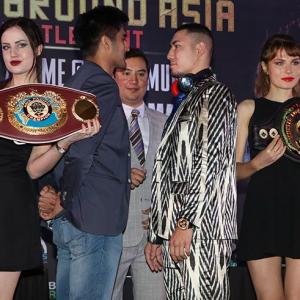 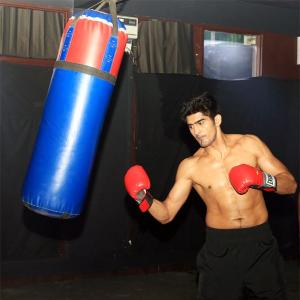