French football star Karim Benzema has been arrested, on Wednesday, in connection with an inquiry into an alleged attempt to blackmail fellow-France international Mathieu Valbuena, a police source said. 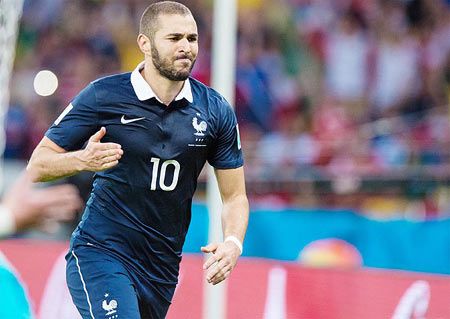 Benzema's name came up during phone taps in relation to the inquiry opened last July, said the police source, speaking on condition of anonymity as is standard practice in France for police officers without official communications roles.

The Real and France player's lawyer was not immediately available for comment.

© Copyright 2021 Reuters Limited. All rights reserved. Republication or redistribution of Reuters content, including by framing or similar means, is expressly prohibited without the prior written consent of Reuters. Reuters shall not be liable for any errors or delays in the content, or for any actions taken in reliance thereon.
Related News: Karim Benzema, Mathieu Valbuena, Real Madrid, France, Djibril Cisse
COMMENT
Print this article