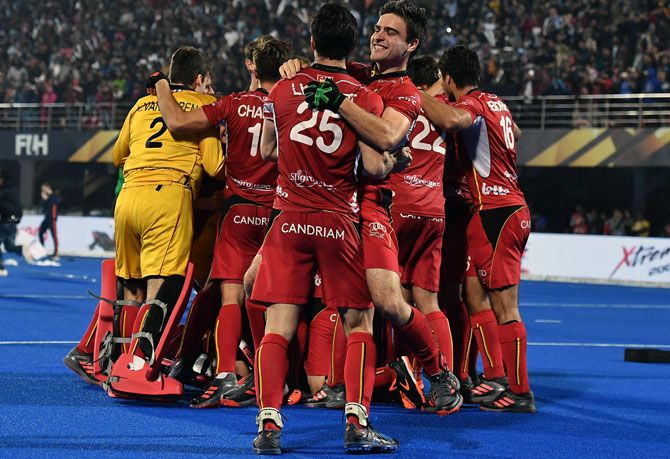 A goalless stalemate in regulation time forced the shootout which also resulted in a 2-2 deadlock after five penalties each in the all-European final.

Florent van Aubel then converted to put Belgium ahead before the Netherlands' Jeroen Hertzberger shot wide to dash their hopes of a fourth title.

"I could not be more proud," said Belgium defender Arthur Van Doren, who was named the tournament's best player.

"What a team performance again... It was a really close game. We knew that Holland is a really great side, they showed that throughout the tournament. I could not be more proud of this team. We're world champions and deservedly."

The Dutch could not capitalise on back-to-back penalty corners in the second quarter but there was little to choose between the teams who were solid in defence and tentative in attack. 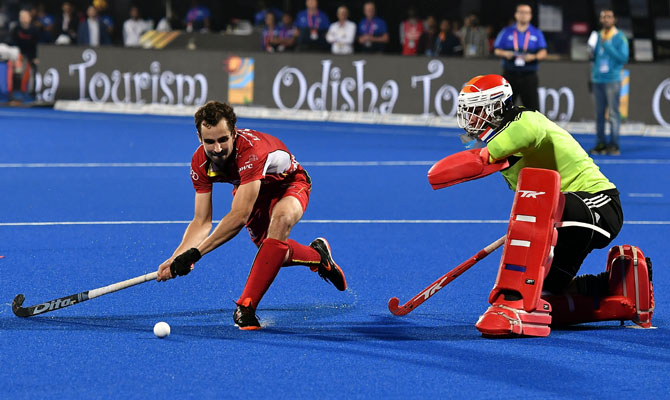 Netherlands had reason to feel confident going into the shootout having edged out twice defending champions Australia via sudden death in Saturday's semi-final.

Belgium had begun celebrating when Arthur de Sloover fired home but the Dutch used referrals and replays confirmed the ball had brushed the attacker's boot, injecting more drama into the contest.

Belgium, however, could not be denied their moment of glory.

Van Aubel scored in sudden death and then man-of-the-match Vanasch forced Hertzberger wide and the Dutchman's reverse shot sailed over the crossbar to trigger wild celebrations in the Belgian camp.

It was an emotional moment for the Belgian players, especially Simon Gougnard who lost his father to cancer on Friday.