‘This fight is not good versus evil, (it's) one fighter who is at the top going against another fighter at the top’

‘This fight sells itself, I don't have to do that’ 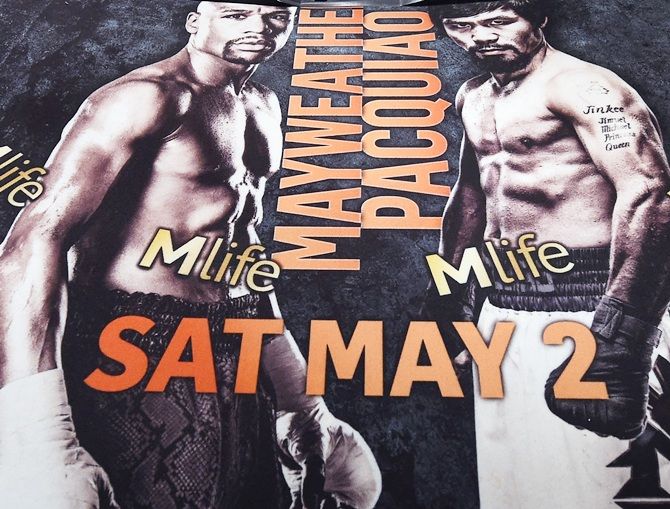 Floyd Mayweather Jr. and Manny Pacquiao appeared more focussed on conserving energy and downplaying animosity than stirring the pot for their upcoming mega-fight as the two boxers eased their way through a low-key media conference on Wednesday.

Back in the same room for the first time since March 11 when they came together to promote Saturday's welterweight championship bout, the two fighters traded compliments rather than jabs and even shared a laugh during the traditional 'stare-down' photo opportunity.

"This fight sells itself, I don't have to do that," the undefeated Mayweather (47-0) told reporters of taunting his opponent.

"This fight is not good versus evil, (it's) one fighter who is at the top going against another fighter at the top."

Any buzz surrounding the event was sucked out of the glitzy MGM Grand Ka theatre as a dozen other people involved in the fight promotion took turns at the microphone before Mayweather and Pacquiao finally had a chance to speak.

‘May the best man win’ 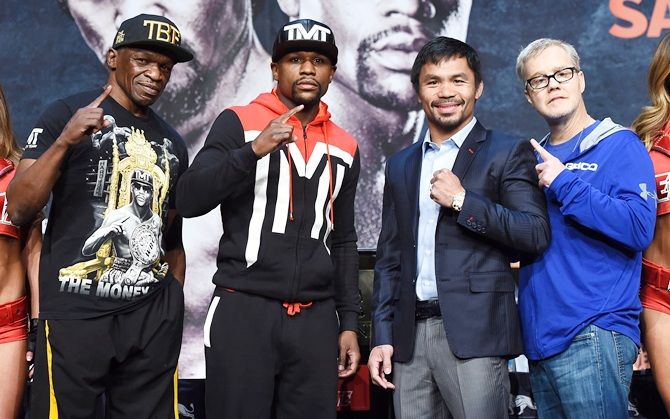 Even Pacquiao manager Freddie Roach, who can normally be counted on for a provocative comment, offered up a bland cliche.

The boxers' fashion sense was as contrasting as their styles in the ring.

The attacking Pacquiao arrived on stage dressed sharply in a blazer and trousers while Mayweather, recognised as one of the best defensive fighters of all-time, chose his 'Money Team' track suit.

But their messages were uniform, with both men thanking God and everyone involved for what is expected to be the biggest grossing prize fight ever.

"It's nothing personal ... just doing our jobs trying to put our names in boxing history," said Pacquiao.

‘It is an intriguing matchup’ 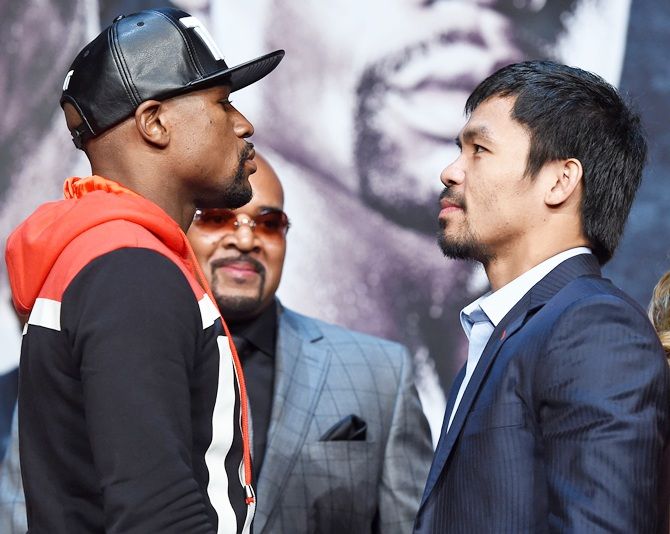 With Mayweather and Pacquiao subdued, promoters and broadcast giants HBO and Showtime, who share the pay-per-view rights, tried to provide a few fireworks by trumpeting their fighters and all things connected to them as the gold medal standard.

Those shots, however, were mostly duds and Mayweather put the spotlight where it belonged.

"It's about the two fighters," he said. "I believe in my skills, I believe I am going to be victorious.

"I went to training camp expecting I was going to win this fight and I'm pretty sure he did the same. It is an intriguing matchup."