Beckham to visit Miami in quest for MLS team ownership

Former England captain David Beckham will visit Miami this week as he steps up his interest in owning a new Major League Soccer (MLS) team.

Beckham, who played for LA Galaxy in the MLS, has an option to create a new franchise in the North American league.

While the exact location is still to be decided, he will be in the Florida city to explore possibilities, according to former Miami mayor Manny Diaz. 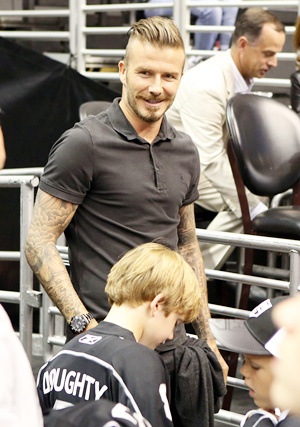 "Yes, he is coming. My understanding is that it's very exploratory at this stage," said Diaz, who took part in the last time a Miami-based MLS team was under discussion in 2009.

Then, Spanish giants Barcelona, together with Miami-based Bolivian billionaire Marcelo Claure, tried to start a team but the project was called off due to "adverse market conditions".

A supporters group, calling itself MLS Miami Bid, told Reuters that Claure would be one of those meeting Beckham and that the pair planed to watch Miami Heat's NBA playoff game against the Indiana Pacers on Thursday.

Julio Caballero, the organiser of MLS Miami Bid, said they would greet Beckham at the Heat's American Airlines Arena.

Caballero said his organisation, which has over 3,000 Facebook members, had been contacted by Claure and was planning a rally to show the Englishman a fan base is already emerging.

Soccer fanatic Claure, who owns Bolivian club Bolivar, was not immediately available and a spokesman for Beckham declined to comment.

Beckham's Galaxy contract contained the franchise option, for a set fee of $25 million, much less than the $100 million ManchesterCity and the New York Yankees paid for their new team, New York City FC, which will join the league in 2015.

The New York club will become MLS's 20th team and the league is expected to grow further, while having no fixed timetable.

Beckham, 38, announced his retirement from football this month and has long expressed a desire to own a MLS team.

His advisors have been in talks with MLS throughout the past year and the league have confirmed that Miami is one of the cities being looked at.

Atlanta, San Antonio and San Diego are other cities without an MLS club which may appeal to Beckham.

While Miami's status as one of the largest Latin American population centres in the United States makes it an obvious option for MLS, the city has proved to be a tough market.

The Miami Fusion, who played in neighbouring Fort Lauderdale, joined MLS in 1998 but were closed by the, then, struggling league after four seasons along with fellow Florida team, the Tampa Bay Mutiny.

Despite past difficulties, MLS commissioner Don Garber has often expressed a wish eventually to return to the American south-east and in the past the league has talked with potential ownership groups in Orlando and Atlanta.