Beckham hails Zidane as the right choice for Real Madrid 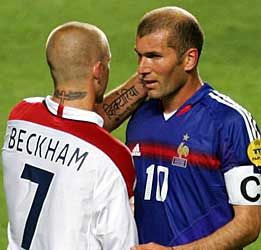 Zinedine Zidane is the right man for the job of Real Madrid coach, former team-mate David Beckham said on Monday after the Spanish club sacked Rafa Benitez and replaced him with the French World Cup winner.

"Does it get any better than this??," the former England captain, who played with Zidane at Real after joining from Manchester United in 2003, declared on Instagram.

"A man that has been the best at a game we all love, taking over of a club that myself and many more people love... Someone with drive, passion and also doesn't accept failure on any level," added Beckham.

"Taking over from a manager that has huge experience and respect in the game, but taking on a position that he will relish... THE BEST PERSON FOR THE JOB."

Former Girondins de Bordeaux and France team-mate Bixente Lizarazu hoped that his close friend, promoted from the role of coach of Real's B team, would succeed.

"I am very happy for him because I know he is fully committed to this coaching career now, it’s a life choice," he told French RTL radio.

"Zizou coaching Real Madrid, it makes me think of (former Barcelona coach) Pep Guardiola... it’s the same kind of start for Zizou and I wish he’ll have the same success. He is a very determined person, who does things with passion."

Guardiola, now at Bayern Munich and one of the world's most sought after coaches, won 14 trophies including two Champions League titles in a four-year spell as Barcelona head coach.

He had previously been a loyal servant of the club as both a player and B team coach.

Former Real president Ramon Calderon, who resigned in 2009, struck a discordant note, however.

He warned that Zidane was a gamble and that he might not be given much time to prove himself, with former Real coach Jose Mourinho potentially available after his sacking by Chelsea last month.

"I wish Zidane all the best but it will be difficult. If he is not successful then Jose Mourinho will be on the bench in June, I am sure," he told BBC radio.

"He lacks experience as a coach. That is a problem.

"I think the players like Zidane. He won everything with Real Madrid. I am sure the fans will receive him in a very good way. What happens in the next weeks, nobody knows."

© Copyright 2021 Reuters Limited. All rights reserved. Republication or redistribution of Reuters content, including by framing or similar means, is expressly prohibited without the prior written consent of Reuters. Reuters shall not be liable for any errors or delays in the content, or for any actions taken in reliance thereon.
Related News: Zinedine Zidane, Real Madrid, David Beckham, Jose Mourinho, RTL radio
COMMENT
Print this article 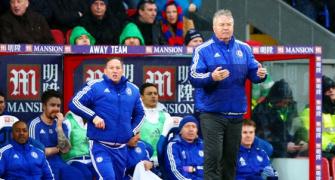 Chelsea can still get to a Champions League position: Hiddink 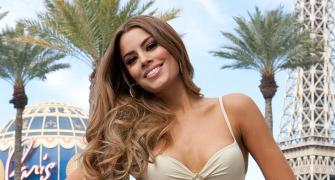 After the storm comes the calm: Miss Colombia 2015 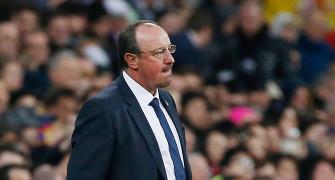 I'm emotional, more than when I signed as a Real player: Zidane