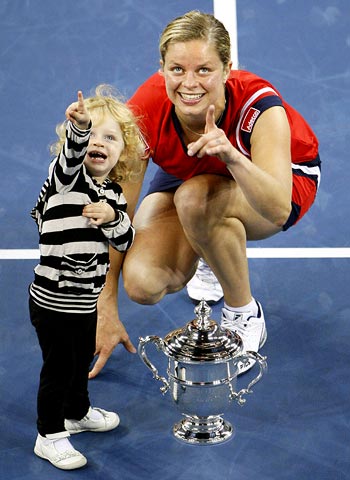 Kim Clijsters' lookalike sports the same tennis kit, golden hair and blue racquet as the US Open champion but her backhand is somewhat stiffer.

That's because she is a doll -- the first Barbie to commemorate a female athlete, unveiled at the world's largest toy fair in the German city of Nuremberg on Wednesday.

Clijsters, 26, was hailed as the poster girl for working mums around the world last year when she became the first mother to win a Grand Slam singles title since Evonne Goolagong triumphed at Wimbledon in 1980.

Mattel MAT.N, the world's No. 1 toymaker, said it also unveiled a doll of Clijsters' daughter Jada, sporting the same outfit she wore for the US Open finals.

"I am...deeply honoured and humbled as I today join the ranks of iconic women who represent Barbie's aspirational value," the Belgian former world number one said in a statement.

"My family means everything to me, so I was really excited when I found out that Jada would also received her very own Jada Barbie doll."

© Copyright 2021 Reuters Limited. All rights reserved. Republication or redistribution of Reuters content, including by framing or similar means, is expressly prohibited without the prior written consent of Reuters. Reuters shall not be liable for any errors or delays in the content, or for any actions taken in reliance thereon.
Related News: Jada Barbie, Kim Clijsters, Mattel MAT, Harry Potter, Evonne Goolagong
COMMENT
Print this article 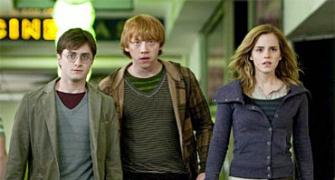 Harry Potter and the Deathly Hollows in 3-D? 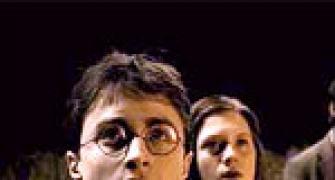 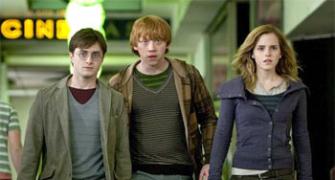 Harry Potter to appear naked in next film 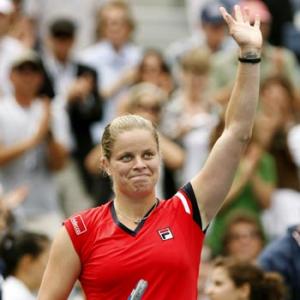 Clijsters, Wozniacki to clash in US Open final 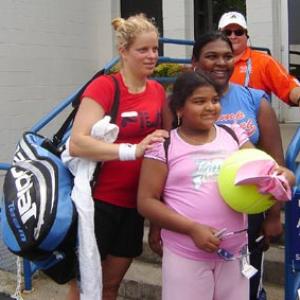