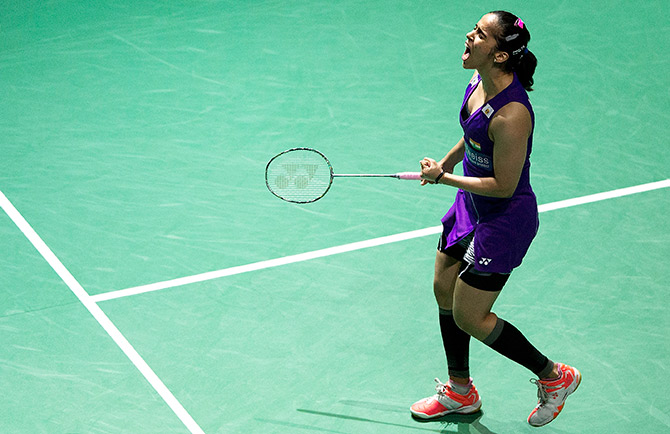 Saina Nehwal scripted a remarkable victory over reigning World Champion Carolina Marin to turn around her campaign at the BWF Super Series Finals even as Srikanth faced exit after suffering his second straight loss in the men's singles in Dubai.

Facing early exit after her capitulation against Japan's Nozomi Okuhara yesterday, Saina rose like a phoenix to notch up a memorable 23-21, 9-21, 21-12 win over the World No. 1 in a women's singles match that lasted an hour and 15 minutes. 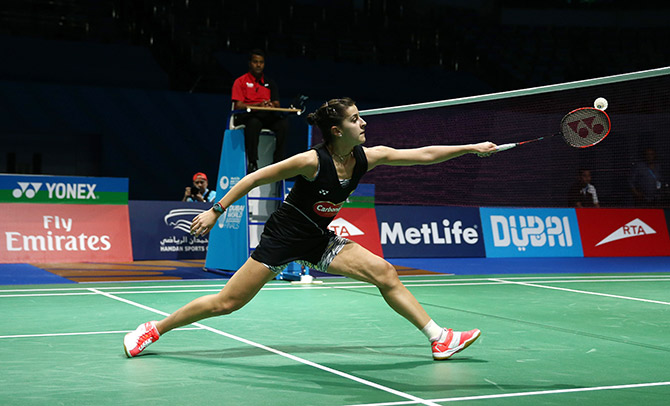 In the women's singles match that saw a lot of vociferous cheering and vocal celebrations and pumping of fist, it was Saina who walked away with a smile on her face.

Saina came out with a positive attitude and it reflected in her game as she used her repertoire of strokes to tame her formidable opponent, who was not as nimble-footed as Okuhara and also committed too many errors on her forehand.

World No. 8 Srikanth's campaign is almost over after he went down 13-21 18-21 to Denmark's Viktor Axelsen in a Group B match. His hope of progressing any further hinges on a match between Japan's Kento Momota and Chinese Taipei's Chou Tien Chen.

The 22-year-old from Guntur will meet Chinese Taipei's Chou Tien Chen on Friday in his final Group B match in the round-robin stage.