Ace Indian shuttler Saina Nehwal sailed into the Korea Open Super Series quarter-finals after notching up a straight games victory over Shao Chieh Cheng of Chinese Taipei in the second round in Seoul on Thursday.

Fourth seed Saina registered a 21-14, 21-10 win over Cheng in a 36-minute battle in women's singles. The Indian will next take on the winner of the match between China's Yanjiao Jiang and Inthanon Ratchanok of Thailand.

Commonwealth Games gold medal-winning pair of Jwala Gutta and Ashwini Ponnappa, however, were beaten by the formidable combo of top seed Xiaoli Wang and Yang Yu of China 10-21, 17-21 in 34 minutes.

Saina didn't break much sweat against the world number 11 Cheng, tiring her rival by engaging her in rallies. 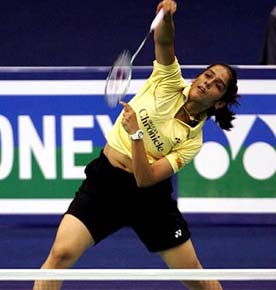 The World number four Indian opened a four-point lead first up and then stretched it to 10-2. Cheng registered five straight points and tried to give some fight but it was Saina who pocketed the game.

In the second game, after lagging 0-3, Saina caught her opponent at the nets to draw level. A couple of unforced errors and a disputable line call, helped her rival to move to 7-3.

Saina engaged her opponent in long rallies and forced her to commit errors to move to 7-7 before taking the lead.

The World Championship silver medallist didn't get her shots right as a lot of her half smashes went into the net or outside as Saina went into the break leading 11-7.

Saina ruled the roost after the break and moved to 14-8. The Indian varied the pace of the game and judged her rival well to gain points, reaching 20-9.

Cheng earned a point with a smash but after she hit a shot outside, Saina easily pocketed the match. 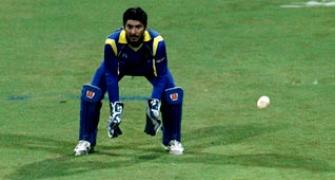 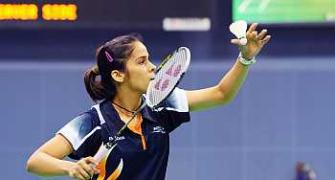