News
Business
Movies
Sports
Cricket
Get Ahead
Money Tips
Shopping
Sign in  |  Create a Rediffmail account
Rediff.com  » Sports » For a player, winning is the ultimate aim to show progress: Saina

For a player, winning is the ultimate aim to show progress: Saina 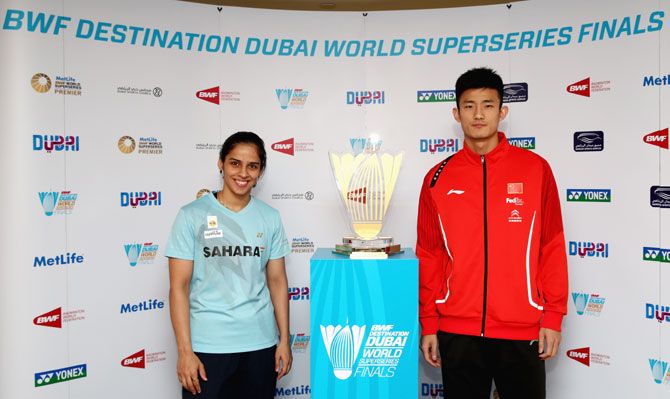 Saina Nehwal of India and Chen Long of China pose with the trophy after the draw ceremony and press conference for the BWF Destination Dubai World Superseries Finals. Photograph: Warren Little/Getty Images for Falcon

She clinched three individual titles and a couple of bronze medals at prestigious team events this season but far from satiated, ace Indian shuttler
Saina Nehwal feels she could have garnered more trophies had it not been for some missed opportunities.

After enduring a difficult season in 2013, where she failed to win a single title, Saina finally broke the jinx when she clinched the India Open Grand Prix Gold tournament in Lucknow in January. The Indian then clinched the Australian Super Series in June.

The 24-year-old also guided the Indian women's team to a historic bronze medal in Uber Cup and the Asian Games. But the icing on the cake was when she became the first Indian woman to win the China Open Super Series Premier last month.

"For a player, winning is the ultimate aim to show progress. Though I won few tournaments, a Grand Prix Gold, a Super Series and a Premier Super Series besides the bronze at Uber Cup and Asian games team events, I think I should have won other tournaments too," Saina told PTI. I hope to do better in the coming year and would like to win many more tournaments for the country," added the 2012 Olympic bronze-medallist.

Saina's decision to move to Bangalore to train under former India coach Vimal Kumar ahead of the Asian Games also reaped her rich dividends and the Indian ace said she is currently working on a few areas with him and hoped it will earn her good results next season.

"I am working with Vimal sir and as per his guidance. I am trying my best to grasp the changes. I am working on my speed, variations in the game techniques and stamina building etc in my training at Bangalore," said the girl from Hyderabad.

The World No. 4 Indian will next play in the season-ending BWF World Super series Finals in Dubai scheduled to be held from December 17-21. A 2011 finalist, Saina doesn't have good memories of her outing in the last edition in Kuala Lumpur where she could win just one match in her group stage and failed to enter the knockout stage.

Asked about her preparation for the USD 1,000,000 event, Saina said: "My preparation has been excellent. Now let us see if luck favours me.

"There are eight top players in fray and I still have to do better than what we have done earlier. I will look to perform my best, that would be the target," she said. Asked about her targets for next year, Saina said: "It should be better than the previous year as we are going very close to 2016 Rio Olympics."

It has been a watershed year for Indian badminton as the home shuttlers scooped up titles and medals galore and Saina hoped a lot many players will break into the world's top 20 next season.

"It has been a good year. All the players are improving, many young boys and girls are coming up very well. Soon we may have few more players inside the world top 20 rank in all categories of the game. Interest in badminton has been phenomenal," she said. 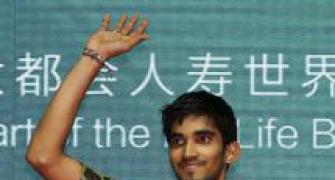 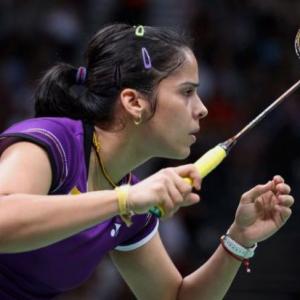 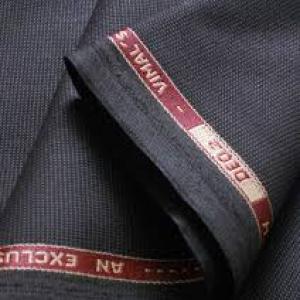