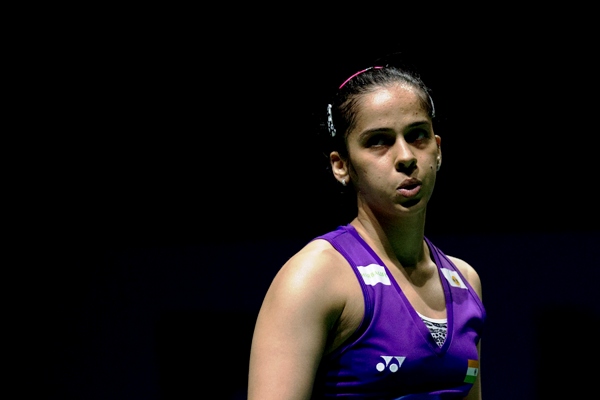 India's campaign at the All England Badminton Championships came to a disappointing end with Saina Nehwal, B Sai Praneeth, Kidambi Srikanth and Sameer Verma all exiting from the tournament in Birmingham on Friday.

World no. 2 and second seed Saina was India's lone hope in the USD 550,000 tournament at the Barclaycard Arena after the exits of the tio of Praneeth, Srikanth and Verma in the second round of the men's singles event.

But the London Olympics bronze medallist, Sania, failed to live up to her billing and was stunned by Tai Tzu Ying of Chinese Taipei 15-21, 16-21 in the quarter-finals of the women's singles event to drew curtains to India's campaign at the tournament.

Earlier, Praneeth, who had stunned two-time Olympic silver medallist and former World No. 1 Lee Chong Wei of Malaysia in the opening round, lost to Hans-Kristian Vittinghus of Denmark in a three-setter to bow out of the prestigious tournament. The Indian raised visions of another upset win as he took the first set but later fizzled out in the subsequent two to lose the match 21-12, 11-21, 16-21.

The highest ranked Indian Srikanth was no match for fourth seed Kento Momota of Japan as he lost 10-21, 13-21 in a lopsided match.

Qualifier Sameer Verma put a good fight before losing to eighth seed Tian Houwei of China in a three-setter. Just like Praneeth, Verma took the first set but squandered the advantage as he lost 21-10, 12-21, 19-21.

P V Sindhu had crashed out of the women's singles in the first round itself. The women's doubles team of Jwala Gutta and Ashwini Ponnappa had also made an exit in the opening round while the men's doubles duo of Manu Attri and B Sumeeth Reddy did the same.