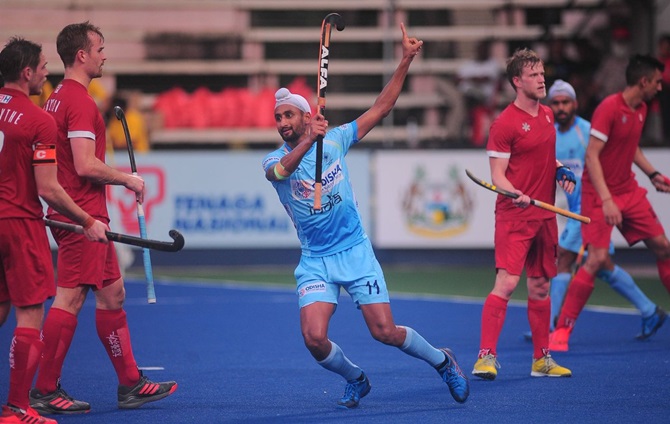 Mandeep Singh scored a brilliant hat-trick as India outclassed Canada 7-3 and put one foot in the final of the Sultan Azlan Shah Cup hockey tournament, in Ipoh, Malaysia, on Wednesday.

The 24-year-old forward fired in three quick field goals (20th, 27th and 29th minutes), all of them coming in the second quarter, after Varun Kumar had given India the lead in the 12th minute of the high-scoring match.

At the half-time, India were 4-0 up before Canada reduced the margin through a strike from Mark Pearson in the 35th minute.

With the victory, India maintained their unbeaten run in the tournament, with three wins and a draw, to top the round-robin league table with 10 points.

They play their final league match against Poland on Friday.

India had beaten Canada 5-1 in the group stage at the 2018 World Cup in Bhubaneswar.