Making a less auspicious debut on the unfamiliar blue clay, a controversial innovation at this year's edition of the event, was 2010 French Open champion Francesca Schiavone, who was upset 6-4, 6-7, 6-3 by American qualifier Varvara Lepchenko. 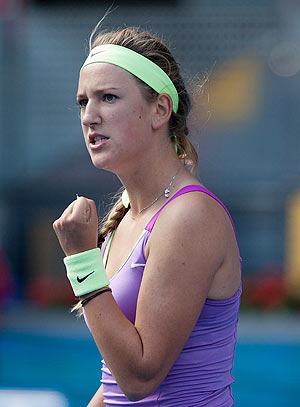 Azarenka, the World N o1 and runner-up in Madrid last year, dealt efficiently with the potential threat from Russian Kuznetsova, another former French Open champion who had beaten the Belarussian in four of their six previous meetings.

Azarenka has been in blistering form this year, however, with 29 wins, four titles including her first grand slam at the Australian Open which catapulted her to number one, and just two defeats.

Second-ranked Sharapova was coming into the Madrid event following her win over Azarenka in last week's Stuttgart final, her first title of the year and 25th overall, and swatted aside the 56th-ranked Begu who was making her debut at the premier event in the Spanish capital.

The Russian will be looking to complete her collection of grand slams at Roland Garros starting later this month, the only one of the four she has not won.

Former number ones Caroline Wozniacki and Ana Ivanovic had contrasting matches as both progressed into the second round.

The Williams sisters are in action on Monday, with ninth-seed Serena playing her first-round match against Russia's Elena Vesnina and Venus, playing on a wildcard, meeting Angelique Kerber of Germany in the second round.

© Copyright 2021 Reuters Limited. All rights reserved. Republication or redistribution of Reuters content, including by framing or similar means, is expressly prohibited without the prior written consent of Reuters. Reuters shall not be liable for any errors or delays in the content, or for any actions taken in reliance thereon.
Related News: Maria Sharapova, Victoria Azarenka, Ana Ivanovic, Begu, Russian Kuznetsova
COMMENT
Print this article 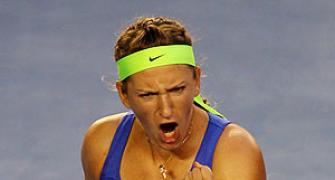 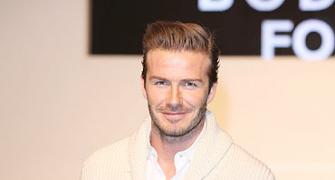 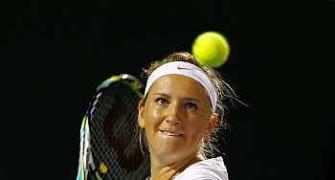 Azarenka advances in Stuttgart, Wozniacki out 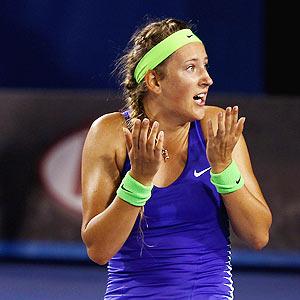 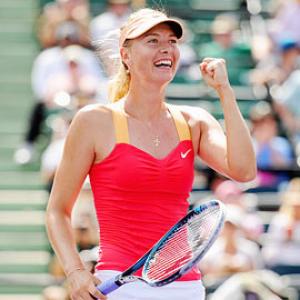