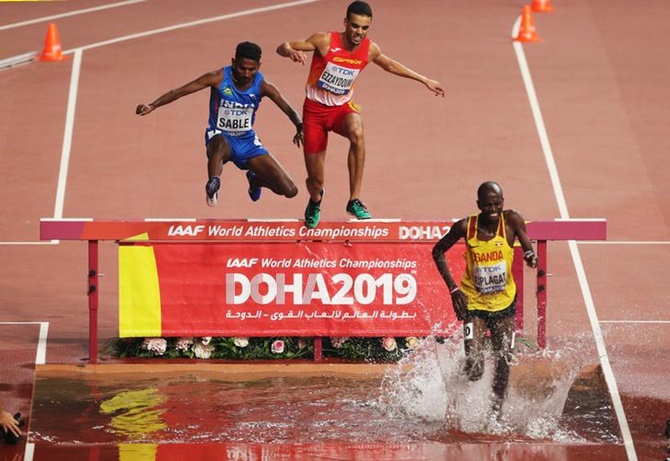 India's Avinash Sable qualified for the Tokyo Olympics in the men's 3,000 metres steeplechase after shattering his own National record for the second time in three days though he finished 13th in the final at the World Athletics Championships, in Doha, on Friday.

He clocked 8 minutes 21.37 seconds to breach the Olympics qualifying standard of 8:22.00s. He also bettered his own National record of 8:25.23s which he clocked on Tuesday during the first round heats.

But the difference in class with the medal winners was evident as he finished far behind at 13th among the 15 runners who completed the race.

Reigning Olympic champion Conseslus Kipruto of Kenya defended his 2017 title with a time of 8:01.35s, more than 20 seconds faster than Avinash, while Lamecha Girma (8:01.36s) of Ethiopia and Soufiane Bakkali (8:03.76s) of Morocco took the silver and bronze respectively.

The 25-year-old from Mandwa in Maharashtra had made it to Friday's finals in dramatic circumstances after he initially failed to make the cut in the heats on Tuesday.

He was later included among the men's 3000m steeplechase finalists after the Athletics Federation of India successfully protested that he was obstructed by other athletes during the heat race.

The race referee, after examining video footages, agreed that Avinash was significantly obstructed on two occasions. India's protest was accepted and under Rule 163.2 (Obstruction), and Avinash was included for the final. 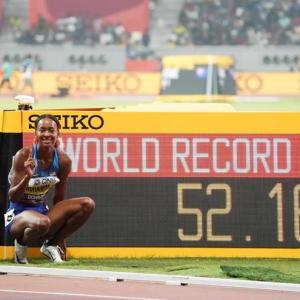