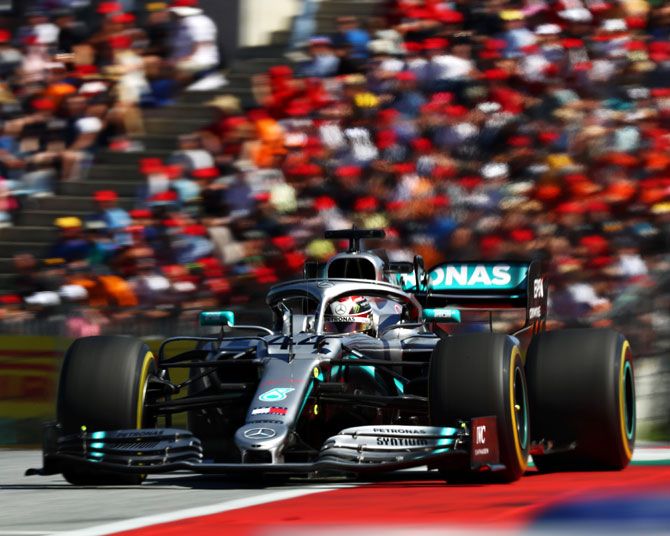 Austria's health ministry on Saturday gave the green light to two Formula One motor races on July 8 and 12 - the delayed season-openers - to be held without spectators in line with plans aimed at halting the spread of COVID-19.

The races are due to be held in the village of Spielberg, about 200 kilometres (124 miles) southwest of the capital Vienna.

Formula One organizers earlier this year announced plans to re-launch its delayed season in Austria without crowds and end it in Abu Dhabi in December after races in Asia and the Americas.

Austria is among countries moving ahead with easing restrictions as new coronavirus infections wane.

Formula One's 10 teams will be limited to a maximum 80 people each at the races when the delayed season gets going in July, the governing International Automobile Federation (FIA) had said on Thursday.

"The concept calls for strict hygienic measures as well as regular tests and health checks for the teams and their employees," Health Minister Rudolf Anschober said.