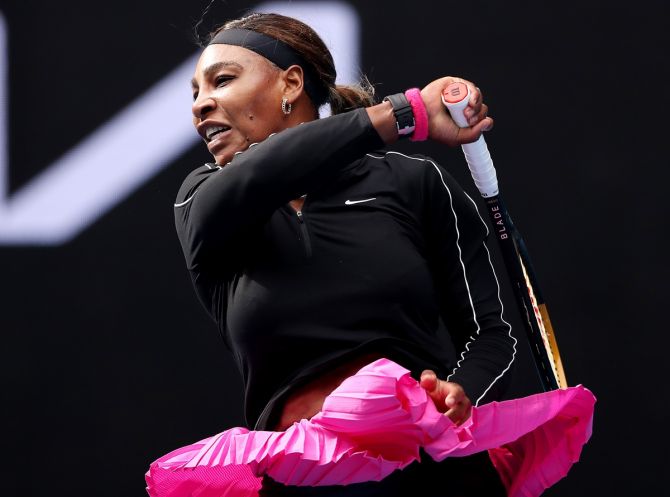 Serena Williams showed no signs of rust as she began her season with a comfortable 6-1, 6-4 win over Daria Gavrilova in Melbourne on Monday to reach the Yarra Valley Classic round of 16.

The 23-time Grand Slam champion, who is warming up for the Australian Open, was at her dominant best after a slow start in which she saved four break points in the opening game of the contest at Margaret Court Arena.

Former world number one Williams has not played since withdrawing from last year's French open second round in September with an Achilles injury, but made quick work of Gavrilova, striking 27 winners including 16 in the opening set.

"It feels good to be back here," 39-year-old Williams, who is chasing a record-equalling 24th major, said in an on-court interview.

"I felt I was definitely composed and in a zone and trying to do the things I've been working on."

Up next for Williams is Bulgarian Tsvetana Pironkova, who she was due to face at Roland Garros before her injury.

Former world number one Karolina Pliskova also advanced to the next round in style, firing seven aces and 30 winners in her 6-3 6-2 victory over Italian Elisabetta Cocciaretto.

"We've never played and there aren't many players like this for me except the young ones," Pliskova said. "It's going to be an interesting match, I'm looking forward to it.

"She's playing well here always every year, so it's going to be a nice match." 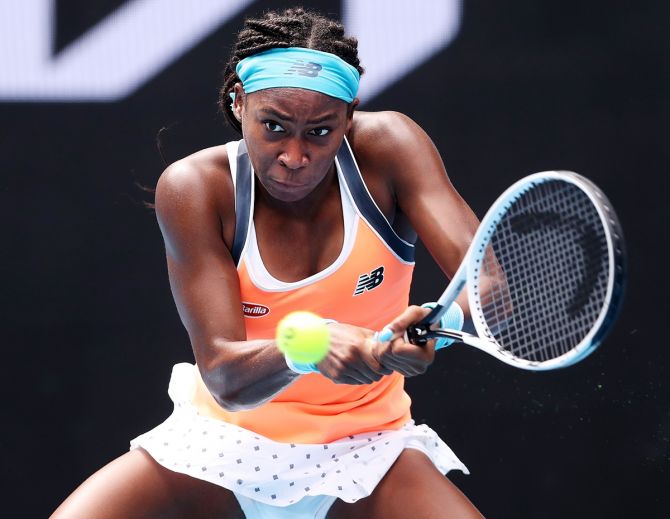 Coco Gauff was rusty on serve and struggled to produce her best tennis but the American prodigy prevailed 6-3, 6-7(6), 7-6(5) over Swiss Jil Teichmann to reach the second round of the Gippsland Trophy in Melbourne.

Serving for a 5-2 lead in the second set, 16-year-old Gauff was broken with a double-fault and world number 57 Teichmann scrapped hard to level the match at the Margaret Court Arena at Melbourne Park.

Gauff ramped up the pressure in the deciding tiebreak, however, to book a clash with Briton Katie Boulter in the WTA 500 event, one of a slew of warmups being played at Melbourne Park in the leadup to next week's Australian Open.

"It was definitely a challenging match I feel like for both of us," said Gauff.

"This (second) tiebreak I was just focused on making her play."

World number 48 Gauff, touted as a potential successor to American great Serena Williams, claimed the biggest win of her young career at her Australian Open debut last year, knocking out defending champion Naomi Osaka before falling to eventual winner Sofia Kenin in the fourth round.

It was Gauff's second appearance in the second week of a Grand Slam before her 16th birthday, having made the fourth round at her Wimbledon debut in 2019.

The tournament is one of six arranged by Tennis Australia before the Australian Open, which begins Feb. 8.