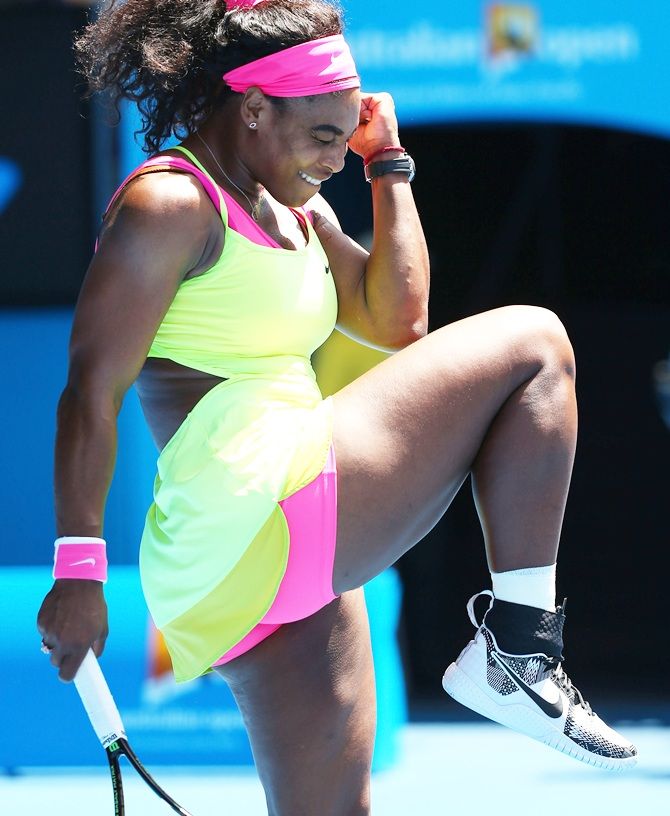 Serena Williams broke her run of slow starts at the Australian Open on Wednesday to hammer Dominika Cibulkova 6-2, 6-2 and set up an all-American semi-final against teenager Madison Keys.

An injury-hampered Keys dug deep to beat Williams' older sister Venus in three sets earlier in the day, but Serena was in no mood for a contest as she broke the Slovakian 11th seed twice in each set and gave her nothing on serve. Williams closed out the match when last year's finalist Cibulkova clubbed a return past the baseline and the American grinned broadly as she smiled and waved at the Rod Laver Arena crowd on a sunny, breezy day.

Top seed Williams will head into the semi-final fresh after her one-hour five-minute rout as she bids to win her first title at Melbourne Park since 2010. Madison Keys overcame a leg injury to secure a 6-3, 4-6, 6-4 victory over Venus Williams at the Australian Open on Wednesday to reach her first Grand Slam semi-final.

The 19-year-old took the first set in 29 minutes but suffered an injury to her left thigh in the second, which affected her movement and allowed her American compatriot to seize a 4-1 lead following a double break. Keys took a medical timeout after that game and returned with strapping around her leg and somehow broke Williams twice to get it back on serve, but was then broken again and Williams served out the set 6-4. In the decider, Williams earned a double break and was serving to take a 5-3 lead but Keys broke for the second time to level it at 4-4.