Rafael Nadal and Kim Clijsters swept into the Australian Open third round on Thursday as Serbia's Jelena Jankovic became the first top-10 player to exit the tournament.

After three days of scares but no upsets at Melbourne Park, former world number one Jankovic, the seventh seed, was dumped out 7-6, 6-3 by Chinese upstart Peng Shuai.

There were also wins for Robin Soderling, Andy Murray, Vera Zvonareva and Sam Stosur as the top 15 men and top 14 women, with the exception of Jankovic, marched into the last 32.

Nadal quickly resumed normal service at the very top of the game after Roger Federer's scare on Wednesday with a 102-minute, 6-2, 6-1, 6-1 battering of world number 116 Ryan Sweeting on a bright warm morning.

The world number one eased to his 23rd successive victory at a major on Rod Laver Arena as he continued his pursuit of a fourth grand slam title in a row, a feat achieved by only two men before him. 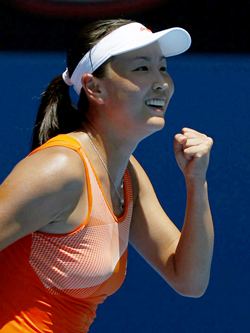 If the gap between Nadal and Federer and the rest of the top 10 is wide, there is a chasm separating the Spaniard from players outside the top 100.

Nadal married his usual muscular aggression with a fully functioning serve to set up a third-round meeting with local teenager Bernard Tomic, who registered a minor shock by beating 31st-seeded Spaniard Feliciano Lopez 7-6, 7-6, 6-3.

Clijsters' 6-1, 6-3 victory over world number 62 Carla Suarez Navarro was so straightforward that the highlight came afterwards when the third seed harangued the courtside interviewer over a text message he had sent to another player.

"You said you thought I was pregnant!," she told former Grand Slam doubles champion Todd Woodbridge.

"The text said: 'She looks really grumpy and her boobs look bigger'."

The three-times US Open champion denied she was expecting a second child, laughing as Woodbridge cringed in embarrassment and declared his television career over.

Men's fourth seed Soderling registered a comfortable 6-3, 7-6, 6-1 win over Gilles Muller in the afternoon and fifth seed Murray joined him in the next round with a 6-1, 6-3, 6-3 pummelling of Illya Marchenko in the evening.

Murray kept his cool and picked his shots as his Ukrainian opponent stormed around a noisy Margaret Court arena fists pumping, the Scot sealing his victory with a thumping serve after two hours.

"There were parts of the match that were tight," he said. "But I played well. I served well when I needed to really. That was the difference."

The Briton, Swede Soderling and Novak Djokovic form the second rank of men's tennis, snapping, ineffectively for the most part, at the heels of Nadal and Federer.

Argentine Juan Martin Del Potro, the 2009 US Open champion, was with them before a wrist injury wrecked his 2010 season and on Thursday he showed some glimpses of why.

Jankovic blew a 4-1 first-set lead and racked up 39 unforced errors as she slumped to her seventh defeat in her last eight matches against Peng.

"I mean, as a top player -- I've been number one in the world -- it's tough to sometimes accept those mistakes," a despairing Jankovic said.

"Really at times I couldn't believe I can do that, why am I doing that?"

Sam Stosur kept alive her hopes of ending Australia's 33-year drought without a homegrown champion when she thrashed Vera Dushevina 6-3, 6-2 on a packed Rod Laver Arena.

"You don't have these days every day, so you've got to enjoy them when they come," said the fifth seed.

© Copyright 2021 Reuters Limited. All rights reserved. Republication or redistribution of Reuters content, including by framing or similar means, is expressly prohibited without the prior written consent of Reuters. Reuters shall not be liable for any errors or delays in the content, or for any actions taken in reliance thereon.
Related News: Jelena Jankovic, Kim Clijsters, Andy Murray, Rod Laver Arena, Juan Martin Del Potro
COMMENT
Print this article 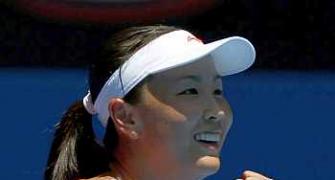 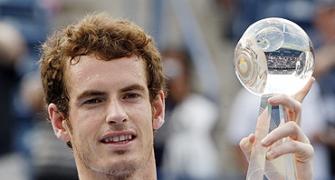 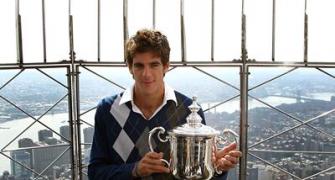 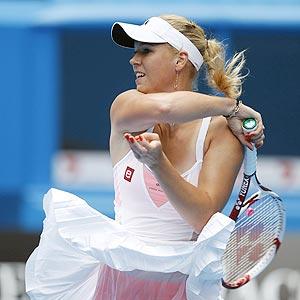 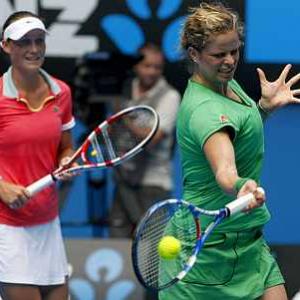 No longer "Aussie" Clijsters stays in the bubble