IMAGE: Given the ups and downs of his career, it is not perhaps too surprising that earlier this year Nick Kyrgios had apparently resigned himself to a career where he would entertain in the early rounds of Grand Slam singles and target doubles titles. Photograph: Ryan Pierse/Getty Images

Nick Kyrgios's transformation from doubles entertainer to Grand Slam singles finalist is one of the more remarkable tennis stories of the year but Australian fans could be excused a little caution before embracing his Wimbledon success.

His response to Rafael Nadal withdrawing from their Wimbledon semi-final on Thursday was charged with the sort of respect that has defined the interaction between top players in this golden era of men's tennis.

"I hope your recovery goes well and we all hope to see you healthy soon. Till next time ..."

Kyrgios's long track record of straying from the path of mutual respect, however, has many Down Under holding their breath and awaiting the return of what one local newspaper this week dubbed "nincompoop Nick".

From on-court meltdowns, smashed rackets, accusations of tanking and an infamous sledge of Stan Wawrinka through to his regular abuse of umpires, barely a tournament goes by without Kyrgios attracting the ire of officialdom.

Even on the march to his maiden Grand Slam singles final there have been two incidents deemed worthy of fines from the All England Club that have left some of his compatriots embarrassed, others seething.

There followed the news that he would be facing a court next month in Canberra on a charge of common assault of a former girlfriend.

There has never been any doubt of the 27-year-old's talent, nor shortage of theories to explain why he has never previously fulfilled it -- both from the Kyrgios himself and the media which has reported on his career.

"I just feel like I'm more mature," he said after his quarter-final victory over Cristian Garín.

"I think earlier in my career if I made a third, fourth or quarter-finals, I'd be on my phone a lot, I would be engaging online a lot, would be keen to go out to dinner ....

"I feel like it's literally just been as simple as get some rest. Like, 'Nick, stay in the house'. That's not always been the easiest thing for me over my career."

Given the ups and downs of his career, it is not perhaps too surprising that earlier this year Kyrgios had apparently resigned himself to a career where he would entertain in the early rounds of Grand Slam singles and target doubles titles.

Partnering with his friend Thanasi Kokkinakis at the Australian Open, "the Special Ks" attracted raucous crowds and won a men's doubles title that Kyrgios described as the "number one" achievement of his career.

It was, however, ultimately a sideshow as Ash Barty ended the country's long wait for a singles title at Melbourne Park before retiring to the acclaim of a nation.

Barty's career was famously transformed when she built a team around her to deflect the pressure and it looks like Kyrgios may have taken a leaf out of her book, even if he still regularly berates his entourage from the court.

"I think everyone has the same goal in my team, that's why it's working," he said this week.

"We all know what we've come here to do. I made it pretty known to them that I wanted to go pretty deep here and possibly even raise the trophy."

If he does manage to beat Novak Djokovic or Cam Norrie in Sunday's final, it may be that winning the most prestigious title in tennis will wash away all his previous sins in the eyes of his compatriots.

"Not completely mind you (but) analysing things through any sort of objective lens, Kyrgios's high-spirited mischief doesn't really rate on the atrocity-meter. " 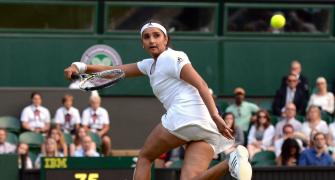 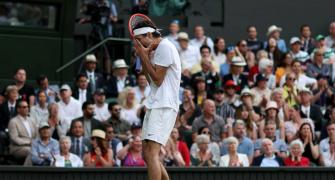 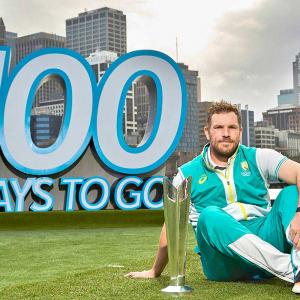 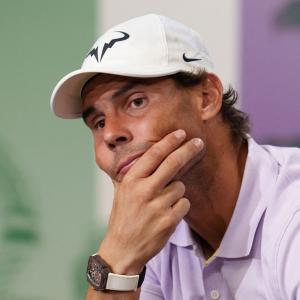