IMAGES from Day 6 of the Australian Open in Melbourne, on Saturday 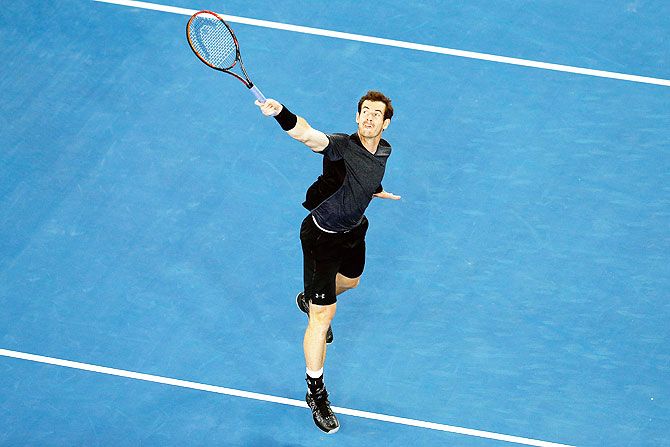 IMAGE: Great Britain's Andy Murray stretches for a backhand volley during his third round match against Portugal's Joao Sousa at the 2016 Australian Open at Melbourne Park on Saturday. Photograph: Zak Kaczmarek/Getty Images

Andy Murray moved into the fourth round of the Australian Open in surreal circumstances on Saturday, completing a 6-2, 3-6, 6-2, 6-2 victory over Joao Sousa after his father-in-law had collapsed ill a few hundred metres away.

The Scot, who had never lost to the Portuguese in six previous meetings, broke twice to win the first set with ease but stalled in the second.

Baseliner Sousa broke Murray's first service game of the second stanza and kept up the pressure with some ferocious groundstrokes to take the first set off the second seed in the tournament so far.

Murray wrested back the momentum by breaking his opponent at the start of the third, however, and the victory never looked in doubt from then on. 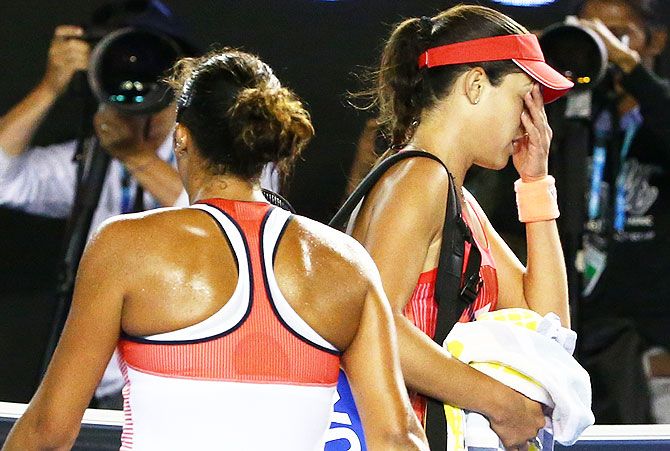 World No 6 Serb Ana Ivanovic went crashing out of the Australian Open after her 3rd round loss to American Madison Keys.

The match was halted for nearly an hour after her coach and father-in-law of men's world number two Andy Murray, Nigel Sears took ill and collapsed in the stands at the Rod Laver Arena.

The Serb was leading 1-0 in the second set after taking the first 6-4 when play was suspended but eventually went down 4-6, 6-4, 6-4 to exit the tournament. 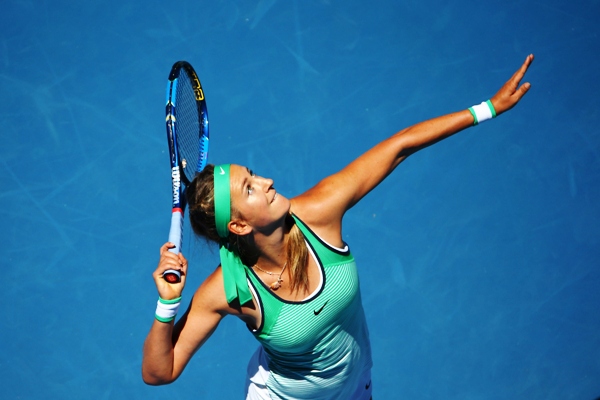 IMAGE: Victoria Azarenka of Belarus serves in her third round match against Naomi Osaka of Japan. Photograph: Scott Barbour/Getty Images

Twice champion Victoria Azarenka schooled Japanese teenager Naomi Osaka 6-1, 6-1 to reach the fourth round and issue an ominous statement to her rivals.

The big Belarusian has been in irrepressible form at Melbourne Park and conceded only five games in her march to the last 16.

Azarenka dominated her 18-year-old opponent in every department of their first meeting and closed out the win with a roar towards the players box after driving a volley into an open court on match point.

Azarenka next plays unseeded Czech Barbora Strycova, who earlier tore the bottom half of the draw wide open by dumping third seed Garbine Muguruza out of the tournament. 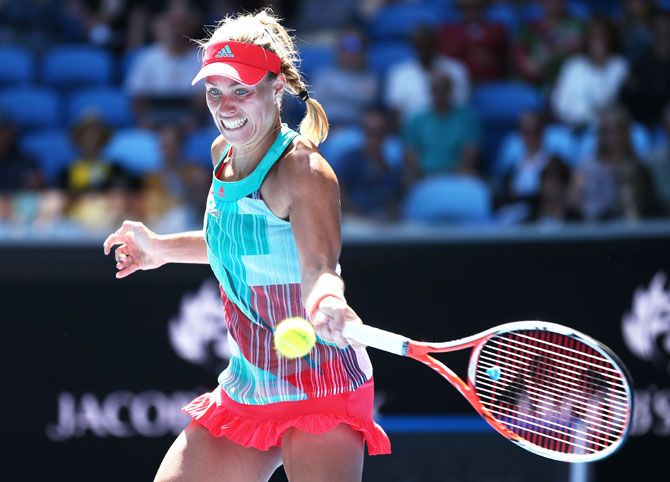 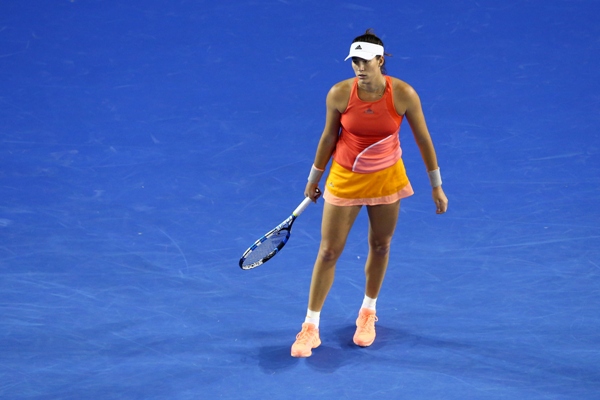 IMAGE: Garbine Muguruza of Spain reacts in her third round match against Barbora Strycova of the Czech Republic. Photograph: Mark Kolbe/Getty Images

Third seed Garbine Muguruza was bundled out of the third round 6-3, 6-2 by Barbora Strycova.

The 22-year-old Spaniard had been considered one of the contenders for the title but was no match for the Czech, who broke her serve twice in the first set and again in the second on the way to victory.

Strycova never let Muguruza settle and capitalized on an excellent tactical game to win the match in just 76 minutes.

It is the first time the 29-year-old Strycova has made the fourth round. 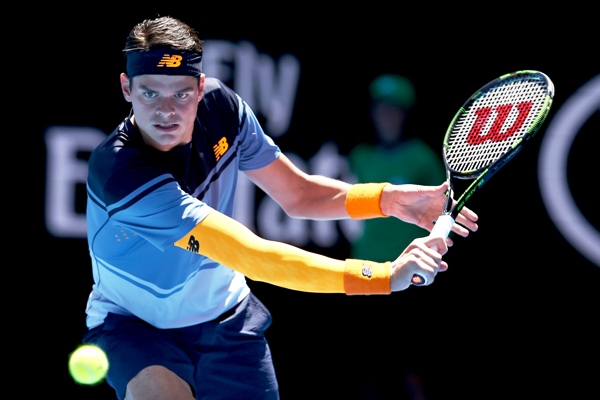 IMAGE: Milos Raonic of Canada plays a backhand in his third round match against Viktor Troicki of Serbia. Photograph: Cameron Spencer/Getty Images

Milos Raonic dedicated his third-round win over Viktor Troicki to victims of the school shooting that rocked the remote Canadian town of La Loche.

Four people were killed and several injured in the shooting on Friday in Canada's worst school violence in years.

"Today before I stepped out on court it was a difficult day back home," Canadian Raonic told the crowd in a courtside interview after completing a 6-2, 6-3, 6-4 win over Serb Troicki at Margaret Court Arena.

"There was a shooting at a high school. I want to take a moment to give thoughts to that community.

"We wish you all the best.

"Today's victory was for that community and (to wish) a quick recovery. All of Canada and I'm sure the world is behind you." 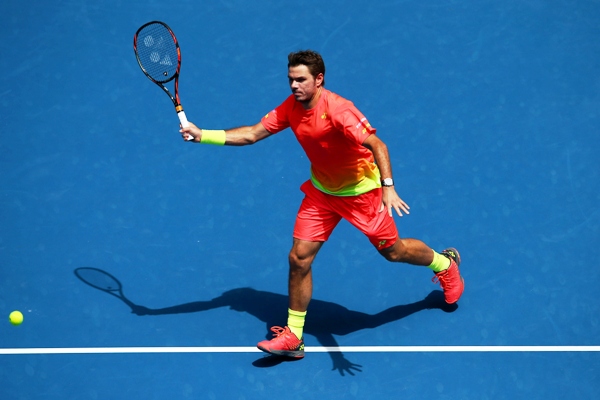 IMAGE: Stan Wawrinka of Switzerland plays a forehand in his third round match against Lukas Rosol of the Czech Republic. Photograph: Mark Kolbe/Getty Images

The victory was the 2014 Australian Open champion's 400th on the ATP Tour and came a day after fellow Swiss Roger Federer recorded his 300th win at grand slams and Maria Sharapova her 600th WTA Tour-level win.

The 30-year-old Wawrinka had spent just over 3 1/2 hours on court in his first two matches at Melbourne Park, but needed 115 minutes to dispatch his fellow 30-year-old, though he was rarely stretched with few rallies extending beyond four shots.

The French Open champion should be tested a little further in the fourth round when he meets Canada's 13th-seed Raonic. 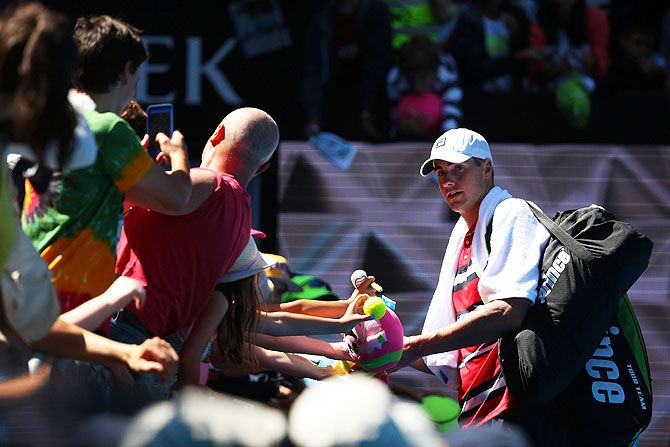 The 10th seeded American has served up 101 aces in the tournament so far. 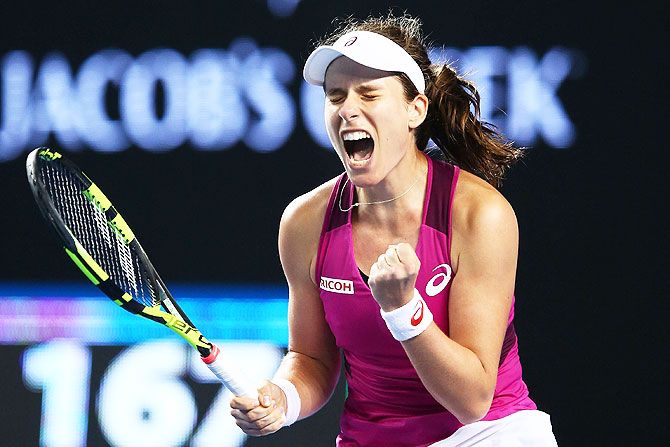 Briton Johanna Konta waltzed into the fourth round of the Australian Open after defeating unseeded Czech Denisa Allertova on Saturday.

Konta became the first British woman since Jo Durie in 1987 to reach the fourth round at the slam after a 6-2, 6-2 victory over Allertova. 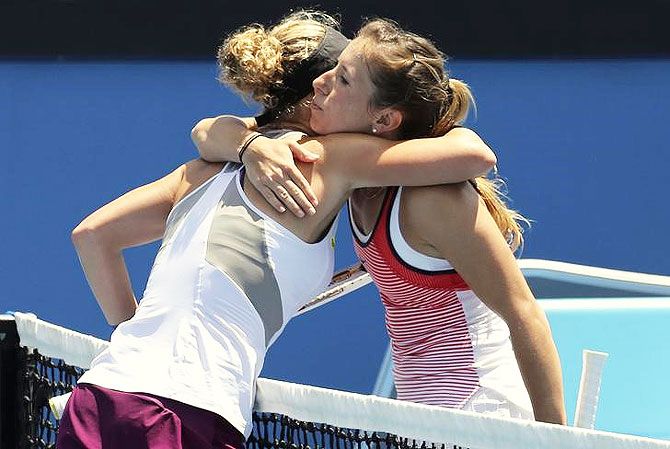 German Annika Beck made her first grand slam fourth round with a 6-0, 6-4 victory over compatriot Laura Siegemund. 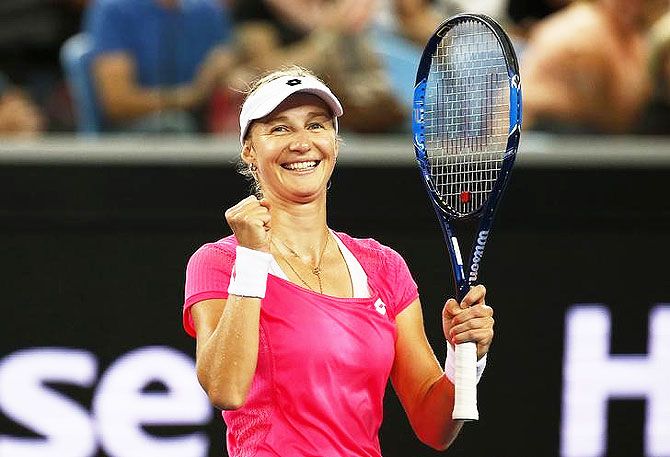 Ekaterina Makarova defeated ninth-seed Karolina Pliskova 6-3, 6-2, repeating her victory of last year when she knocked the Czech out in the third round before making the semi-finals, where she lost to Russian compatriot Maria Sharapova.