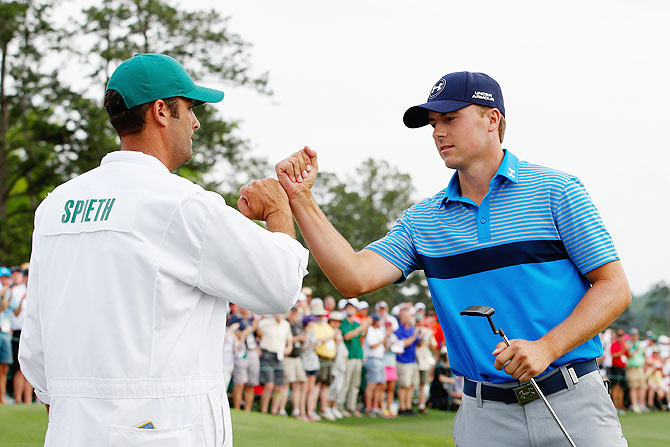 Jordan Spieth of the United States celebrates with his caddie Michael Greller on the 18th green after an eighth-under par 64 during the first round of the 2015 Masters Tournament at Augusta National Golf Club in Augusta, Georgia, on Thursday. Photograph: Ezra Shaw/Getty Images

Rory McIlroy and Tiger Woods dominated the build-up to this week's Masters but it was exciting American Jordan Spieth who produced the fireworks in a gripping opening round at Augusta National on Thursday.

Spieth, the hottest player in the game over the past six months, raised hopes of shooting the first 62 at a major championship before he ran out of steam over the closing stretch to fire an eight-under-par 64.

The 21-year-old recorded his only bogey of the day at the par-five 15th, where he overshot the green with his third, but signed off in style by draining a 20-footer to birdie the last.

"I'm very pleased, it was nice to get off to a good start," said Spieth, who birdied four of his first nine holes on a receptive, rain-softened layout at Augusta National to race to the turn in four-under 32.

"The course was as gettable as I think it will be this week today. To make nine birdies out here, you know, that's a dreamy round for me. It was a lot of fun." 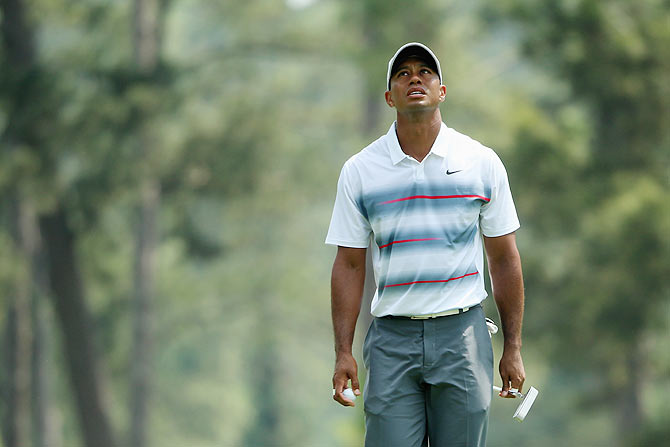 Tiger Woods of the United States walks across the third green during the first round of the 2015 Masters Tournament at Augusta National Golf Club. Photograph: Andrew Redington/Getty Images

World number one McIlroy, in pursuit of a career grand slam of the four majors, hit a couple of poor chip shots on his front nine on the way to a 71 that left him seven strokes off the pace.

Four-times champion Woods, who shares the brightest glare of the spotlight with McIlroy this week on his much anticipated return from a two-month hiatus while retooling his swing, often struggled off the tee and on the greens as he opened with a 73.

"It was a good day, I felt like I hit the ball well enough to shoot three under par," said Woods, who decided only six days ago to compete at Augusta National after struggling badly with his short game in his two tournament starts this season.

"I made maybe two dumb mistakes out there. The only thing I struggled with was the pace of the greens, which were much slower than we expected. You know, I'm still in it. I'm only nine back. And we have a long way to go."

While Woods' golfing fortunes have plummeted over the past year, McIlroy's have soared and he is bidding to become the seventh career grand slam winner following Woods, Jack Nicklaus, Gary Player, Ben Hogan, Bobby Jones and Gene Sarazen. 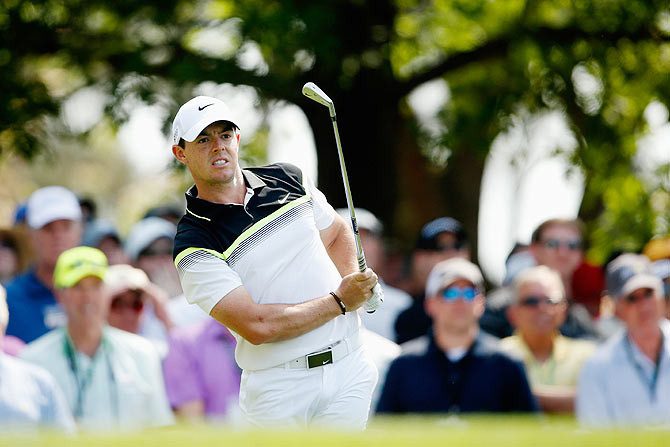 Rory McIlroy of Northern Ireland watches his tee shot on the fourth hole during the first round of the 2015 Masters Tournament at Augusta National Golf Club. Photograph: Ezra Shaw/Getty Images

On Thursday, however, the Northern Irishman failed to make the most of good scoring conditions as he mixed three birdies with two bogeys in front of massive galleries at a steamy Augusta National.

"I just kept telling myself to be patient out there today," said McIlroy, the tournament favourite.

"It was a tricky day. The wind was swirling a little bit. Pin positions were tough. Anything under par I felt was a pretty good score."

While McIlroy found conditions to be tricky, players such as Els, Rose, Hoffman and Day went birdie hunting as they climbed up the leaderboard.

"I just knew that if I could just be patient and give myself opportunities, especially on the back nine, I could get something going," said Day, who reeled off five consecutive birdies from the par-three 12th before he bogeyed the 17th.

"It's good momentum going into tomorrow."

South African Els, who has recorded six top-10s in 20 Masters appearances, got to six under before he slipped back with a bogey at the par-four last.

"I just want to keep grinding," said the 45-year-old, who had never previously shot under 70 in the opening round at Augusta National.

"There's a lot of golf to be played, but it's a really nice start."

Bubba Watson, seeking to join Jack Nicklaus, Nick Faldo and Woods as the only players to win consecutive green jackets, bogeyed the final hole for a 71 to finish in a large group that included 2011 champion Charl Schwartzel of South Africa.

© Copyright 2020 Reuters Limited. All rights reserved. Republication or redistribution of Reuters content, including by framing or similar means, is expressly prohibited without the prior written consent of Reuters. Reuters shall not be liable for any errors or delays in the content, or for any actions taken in reliance thereon.
Related News: Jordan Spieth, Tiger Woods, Augusta National Golf Club, Rory McIlroy, Jack Nicklaus
SHARE THIS STORYCOMMENT
Print this article 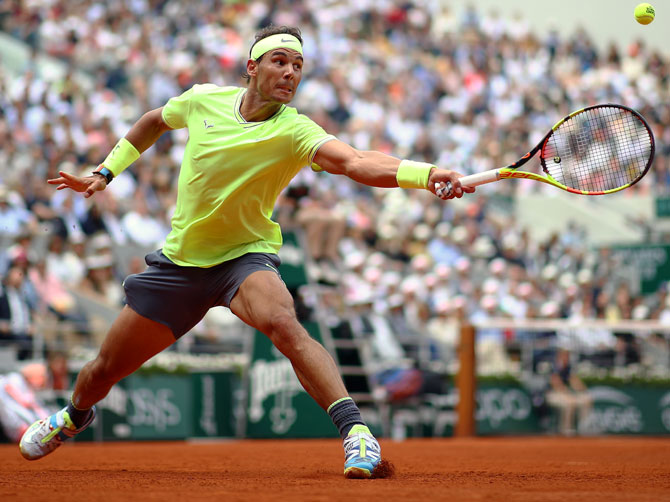 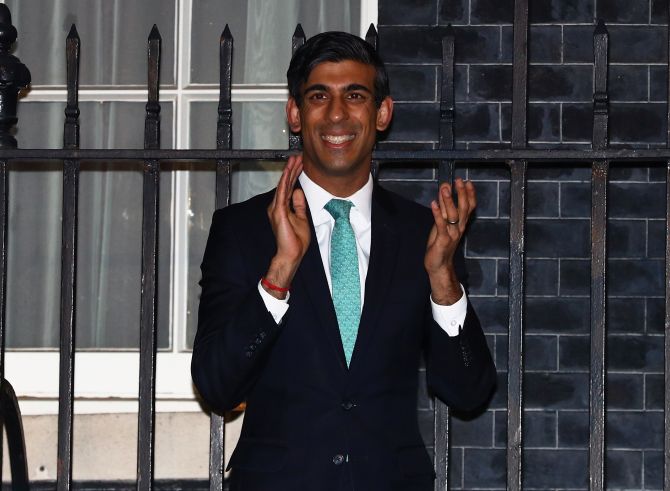