Atletico Madrid pipped city rivals Real Madrid to the La Liga title on Saturday after Luis Suarez fired them to a 2-1 comeback win at Real Valladolid, which secured them the Spanish championship for the first time in seven years.

Valladolid took a shock lead in the 18th minute when Oscar Plano slotted past Jan Oblak to complete a sweeping counterattack after Yannick Carrasco had lost control of the ball following an Atletico corner.

Just as they had done in last week's comeback win over Osasuna, Atletico missed a series of clear opportunities but they drew level after a moment of magic from Angel Correa, who danced his way through the defence before arrowing into the bottom corner in the 57th minute.

Suarez then pounced on a giveaway by the Valladolid defence to score in the 67th and put Atletico on their way to a victory that would secure the title no matter what happened in Real Madrid's game at home to Villarreal.

Valladolid missed a couple of glaring opportunities down the other end while Geoffrey Kondogbia wasted a chance that would have given Atletico a more relaxing finish when he blasted into the side-netting.

Real Madrid ended up fighting their way back from a goal down to beat Villarreal 2-1 which meant they would have swiped the title from Atletico's hands if Valladolid had equalised thanks to a better head-to-head record.

However, Diego Simeone's side saw out the victory and wildly celebrated on the pitch.

"Atletico have had an incredible season despite all the difficulties we've had. We've been the most consistent team and we are champions," said Suarez.

The game was played behind closed doors like all of Atletico's matches this season although several hundred supporters cheered them on from outside the stadium.

Atletico finished top of the standings on 86 points while Real came second on 84. Valladolid finished 19th and were relegated to Spain's second division. Real Madrid ended the season second in La Liga despite a late 2-1 win over Villarreal at home on Saturday.

Real's victory was not enough to win the league as Atletico Madrid beat Valladolid 2-1 to claim their first title since 2014. Real finished the campaign on 84 points, two behind the champions.

"The champions are the team who win the most games, and there's no excuses from us," midfielder Casemiro said.

"We always want to win, but it wasn't to be and we have to congratulate Atletico and their coach."

"We were one game from getting to the Champions League final and took La Liga to the final day. We're proud, it was a tough season where we really had to fight and work hard."

Zinedine Zidane's side were uncharacteristically nervy from the off and were made to pay after 20 minutes as Pino latched onto Gerard Moreno's through ball before calmly finishing.

Shortly after going behind the hosts saw penalty claims waved away by referee Jose Luis Munuera Montero after the ball had struck Dani Parejo's hand, before Luka Modric and Casemiro both missed good chances as the first half drew to a close.

Ten minutes after the restart Karim Benzema thought he had equalised, but his header was ruled out for offside following a lengthy VAR review.

The Frenchman then missed a glorious chance to level the scores after Villarreal goalkeeper Geronimo Rulli's clearance was charged down by substitute Rodrygo, only to fire wide of an open goal.

Benzema finally scored three minutes from time with a wonderful finish into the top corner from the edge of the box before teeing up Luka Modric for an injury time winner to turn the game on its head.

Villarreal end the season seventh, giving them a place in next year's inaugural Europa Conference League. An acrobatic late strike from Antoine Griezmann saw Barcelona confirm their third-place finish in La Liga on Saturday, as they crept past already relegated Eibar 1-0 in their last match of the season.

They end the campaign on 79 points, seven behind champions Atletico Madrid and five off second-placed Real Madrid.

"We didn't do the business in important games this season," matchwinner Griezmann said.

"Of course I'm happy with the goal but still disappointed with how the league campaign has gone. We weren't good at the start of the campaign but we've been almost perfect in 2021.

"I'm happy for Atletico, for (coach) Diego Simeone, Koke, for my friends there and their fans. They deserve it."

Defender Oscar Mingueza was required to make a crucial block early on as Sergi Enrich bore down on goal after Frenkie de Jong lost the ball in a dangerous area, in an otherwise uneventful first 45 minutes.

With the game seemingly destined for a draw, it sparked to life in the closing stages.

On 81 minutes Griezmann smashed in from an acute angle following good work from Ousmane Dembele down the right-hand side.

Barca were given a scare four minutes from time when Takashi Inui saw an effort smash back off the crossbar, however the Catalans held out to secure the three points.

Eibar, meanwhile, finish bottom of the table on 30 points and return to the second-tier Segunda after seven years in Spain's top flight.

© Copyright 2021 Reuters Limited. All rights reserved. Republication or redistribution of Reuters content, including by framing or similar means, is expressly prohibited without the prior written consent of Reuters. Reuters shall not be liable for any errors or delays in the content, or for any actions taken in reliance thereon.
Related News: Villarreal, Atletico Madrid, Real Madrid, La Liga, Luka Modric
COMMENT
Print this article 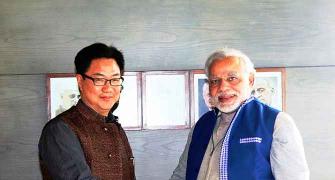 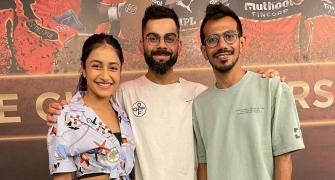 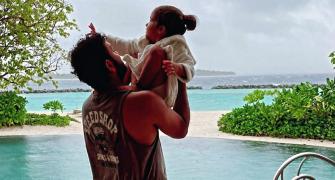 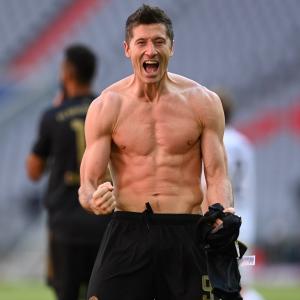