A successful World Athletics Championships had looked like a desert mirage, but the event eventually came to life with an oasis of thrills and packed houses to rescue Qatari organisers and officials before the curtain came down on Sunday.

Struggling due to a lack of interest from locals, the 10-day showcase delivered on the final weekend as criticism over an empty stadium and stifling heat of around 38 degrees Celsius was replaced by an atmosphere at last worthy of a world event.

The athletes responded with memorable performances in the air-conditioned Khalifa Stadium, with temperatures kept at 21 degrees, highlighted by local hero Mutaz Barshim on Friday soaring to victory in the men's high jump for Qatar's only gold.

On the same night American Dalilah Muhammad broke her own world record to win the women's 400 metres hurdles while the sport's big men seized the spotlight on Saturday as the shot putters gave a show hailed as the greatest ever in the event.

The United States again topped the medals table, their 14 golds almost triple the next best of Kenya on five while Jamaica and China each had three. No other nation got more than two.

Rediff.com presents some memorable moments from the September 27 to October 6 meet. Take a look. 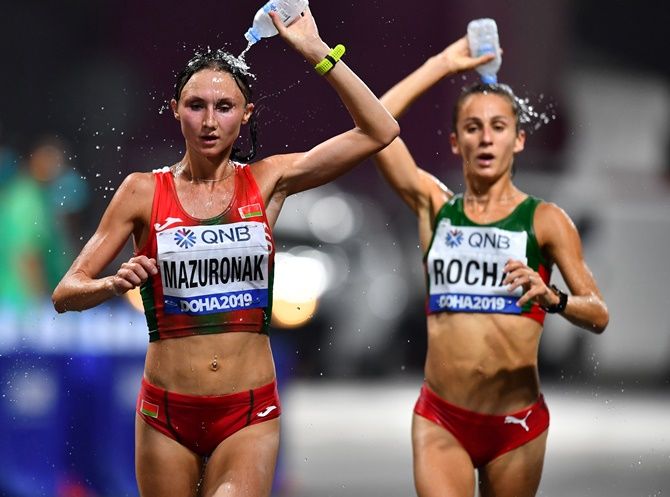 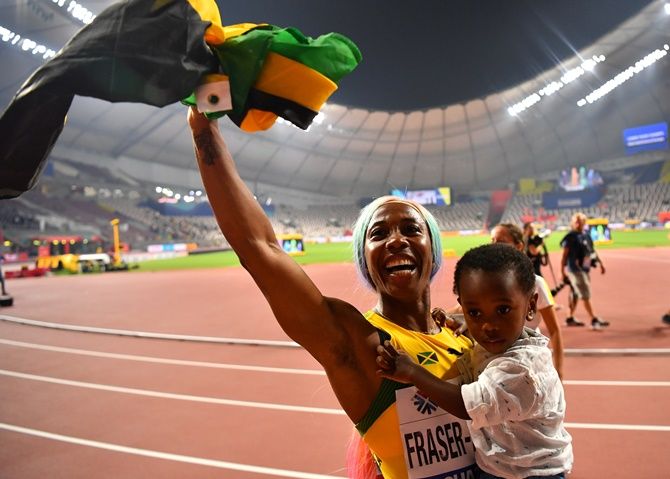 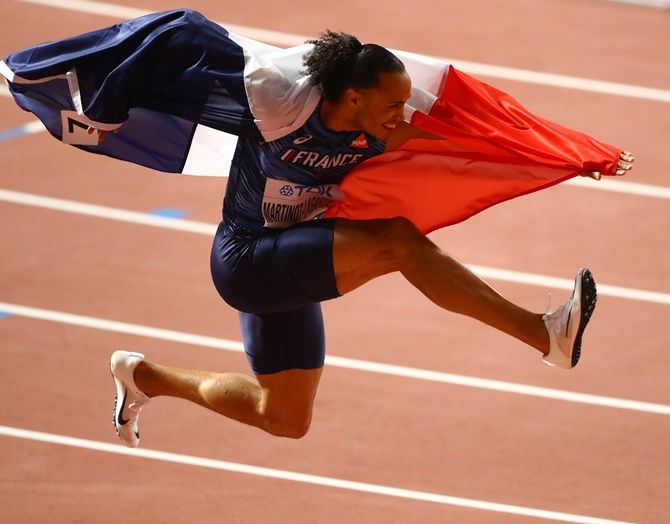 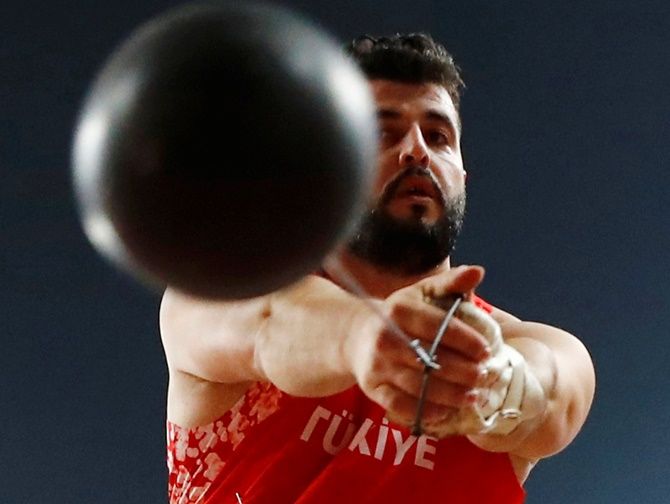 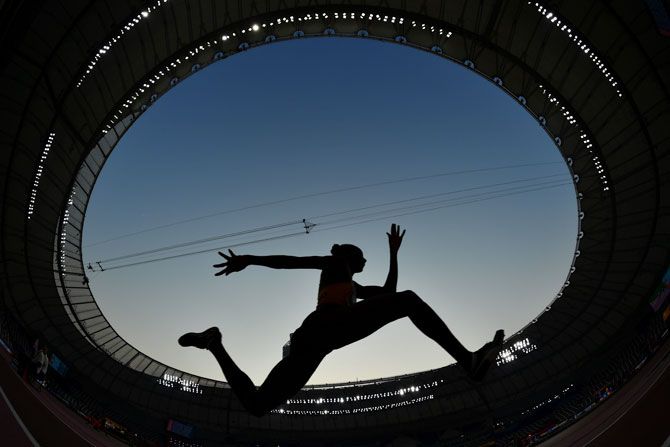 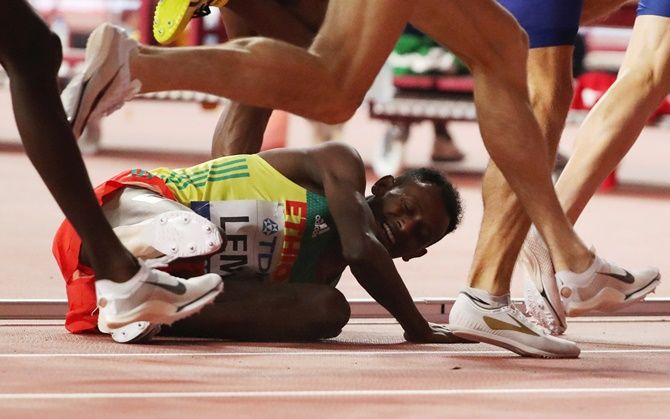 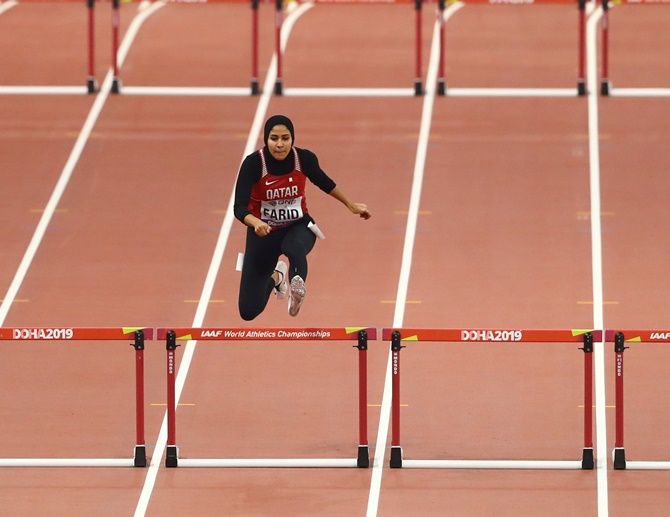 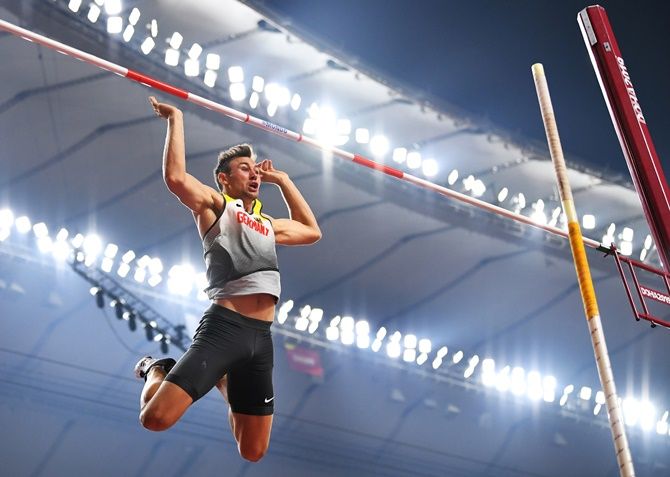 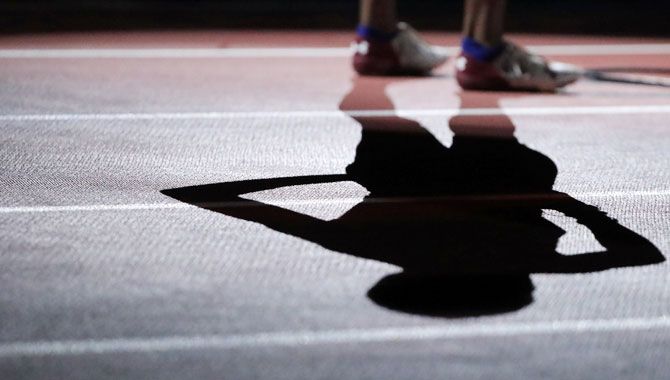 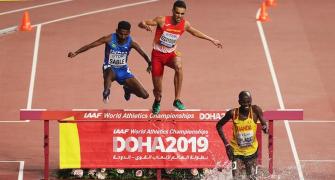 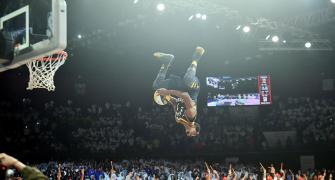 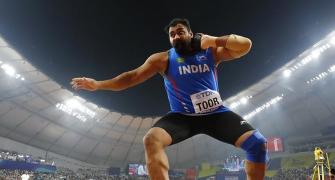 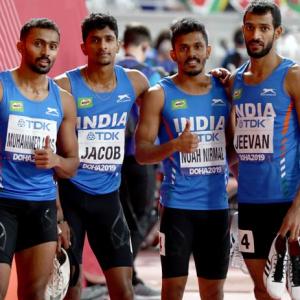 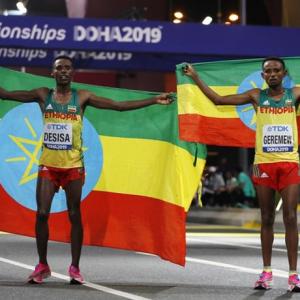