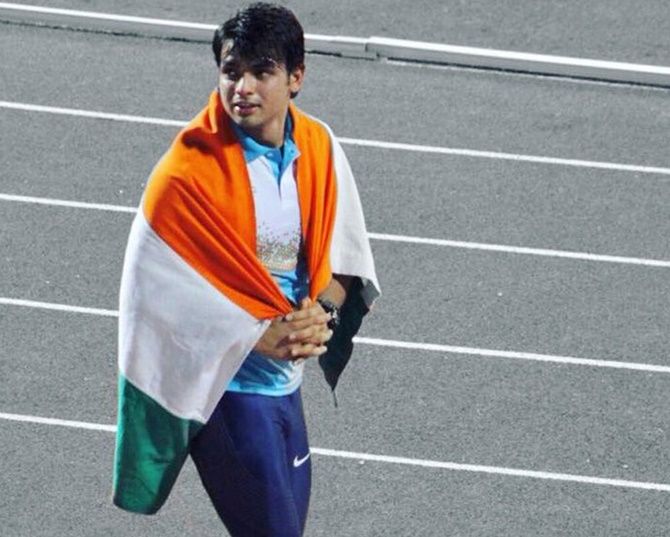 The spotlight will be on Neeraj Chopra and Hima Das while Dutee Chand would look to prove a point when India's track and field athletes begin their campaign in the Asian Games in Jakarta on Saturday.

The rise of young athletes and consistency shown by the established names such as Mohammed Anas, Seema Punia and Jinson Johnson has given hopes of India bettering its medal tally of the last edition.

Of India's 57 medals at the last edition, athletics had delivered 13, including two gold.

India has never won a gold in javelin throw in the Asian Games and Chopra is expected to change this piece of statistics.

However, the road will not be easy for the 2016 Under-20 world champion. He has been in the best of form this season with a throw of 87.43m during the Diamond League Meeting in Doha in May but he will face stiff competition from Chinese Taipei's Cheng Chao Tsun, who has a personal best throw of 91.36, achieved last year.

Tsun, though, has managed only 84.60m as his best this season so far as he is struggling with an elbow injury.

No Indian has come close to finishing on the podium in javelin event since Gurtej Singh won a bronze at the 1982 Asian Games in New Delhi.

Hima, on the other hand, has had a sensational rise after starting her career as late as 2016.

Her timing of 51.32 seconds at the Commonwealth Games placed her sixth in a world-class field but a run in 51.46 seconds at Tampere made her the first Indian woman to win a gold at an IAAF World Junior Championships.

But, she is unlikely to clinch a gold in his first Asian Games unless Bahrain's Salwa Eid Naser goofs up big time. The Nigerian-born Naser is the 2017 World Championships silver medallist and has won four legs of the prestigious Diamond League Series this year.

Her 49.08 seconds timing while finishing second in the Monaco leg Diamond League Meeting last month is the Asian record and second leading time in the world this season.

Naser has run below 50 seconds regularly and she is the firm favourite to clinch the gold in the women's 400m gold in Jakarta.

Born to a rice farmer's family at a village at Dhing, Assam, the 18-year-old Hima has been making rapid strides in her fledging career. With her 51.13 seconds personal best, Hima is expected to give a tough fight to Naser and at least stand on the podium.

She will have compatriot Nirmala Sheoran (personal best 51.25) in the field tomorrow in the qualification round.

After winning her 'gender case' at the Court of Arbitration for Sports, the 22-year-old Dutee bettered her own 100m national record at the Inter-State National Championships in June by clocking 11.29seconds in semifinals. She won gold with a timing of 11.32 seconds.

The qualification round for both women's 100m and women's 400m will be held on Saturday.

Also in action tomorrow will be Mohammed Anas in 400m qualification round. National record holder Anas (45.24 seconds) is the fourth in the season list in Asia behind three Qataris and he will look for a medal though a gold from him is unlikely.

In the last leg of her career, 35-year-old discus thrower Seema Punia (season best 61.05 seconds) would look to defend her title though she will face tough competition from Chinese opponents who has done better than her this season.

Sarita Singh will compete in women's hammer throw final tomorrow and in the absence of Tejaswin Shankar, B Chethan will be India's lone participant in men's high jump.

India will also be a strong gold contender in newly-introduced 4x400 mixed relay race while will also expect to defend the gold it had won in the women's 4x400m relay in the last Asian Games. 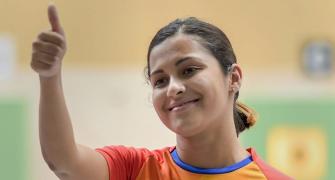 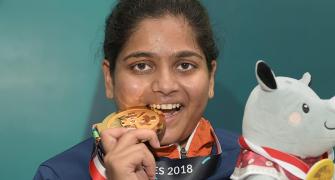 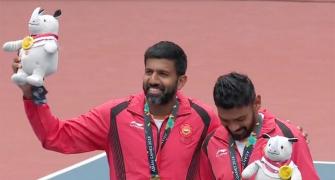 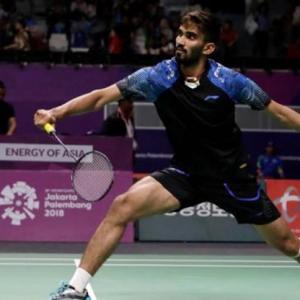 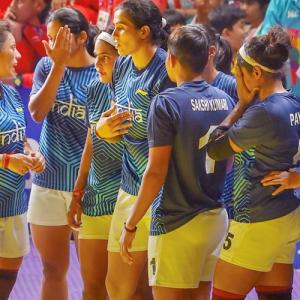